As discussed in the previous part, Freeport-McMoRan (FCX) has lost 20% of its market capitalization in the first trading week of 2016. In this part of the series, we’ll explore the different factors that are driving Freeport’s recent downward price action. 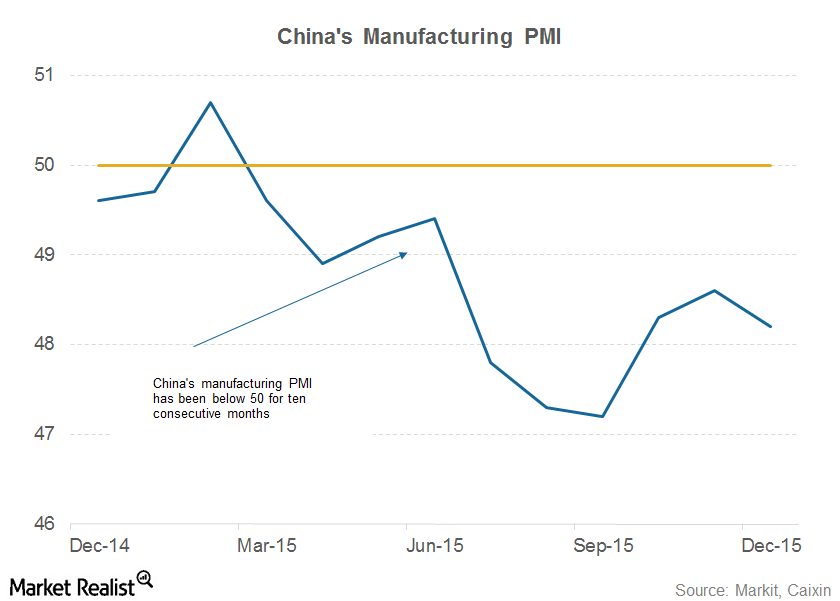 China’s lower-than-expected December manufacturing activity triggered a big sell-off in the Chinese equity markets whose repercussions were felt on other asset classes, including commodities and global equities. China’s steady devaluation of its currency has not helped matters, sending its equity markets and global stocks southward.

Mining companies have seen downward price movement in the current wave of metals meltdown. BHP Billiton (BHP) and Rio Tinto (RIO) have hit fresh 52-week lows amid Chinese slowdown fears. Glencore (GLNCY), however, has managed to hold on to its September 2015 lows. Glencore faced sharp downward movement in September 2015 on concerns over its surging debt.

However, in 2016, the fall in Freeport was higher compared to other companies in this space. Along with the falling copper prices, Freeport has also been hit by the slump in crude oil prices.

Now, the question would be whether the coming months could be any better for Freeport or whether the same negative momentum would continue into the rest of the year. We’ll explore this in the coming parts of this series.