Wheat March futures trading on the Chicago Board of Trade (or CBOT) fell by 2.0% and closed at $4.69 per bushel on January 11, 2016. Wheat futures prices fell due to a weak Weekly Export Inspections Report from the U.S. Department of Agriculture. The Teucrium Wheat ETF (WEAT) fell by 1.7% on January 11 following the price movement on CBOT. 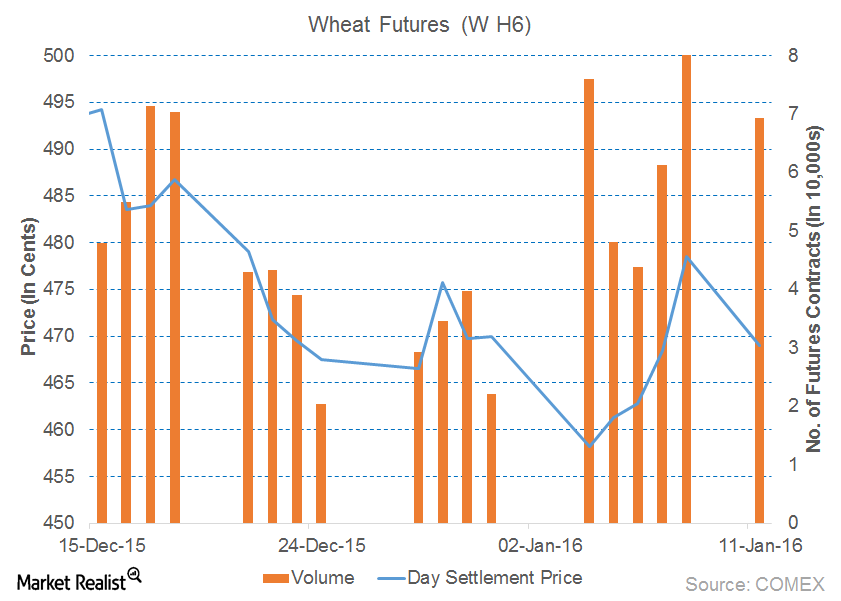 The week ending January 23, 2016, could bring unfavorably cold weather conditions to the wheat-producing region of the former Soviet Union. The forecast of snow during the week ending January 16, 2016, could be positive, as the snow cover helps protect the plants from winterkill. The western region of Ukraine, where the fields have lower snow cover, would benefit the most. It would strengthen the output sentiment from the Black Sea area. The rising production sentiment from key competitive exporting countries unfavorably affected wheat futures prices on January 11, 2016.