In the previous parts of this series, we looked at the YoY (year-over-year) fall in Verizon’s (VZ) postpaid additions in 4Q15. We also saw that smartphone penetration in Verizon’s postpaid customers continued to grow during the quarter. Now let’s look at the momentum of expansion in the penetration of Verizon’s 4G (fourth-generation) LTE (Long-Term Evolution) devices during the quarter. 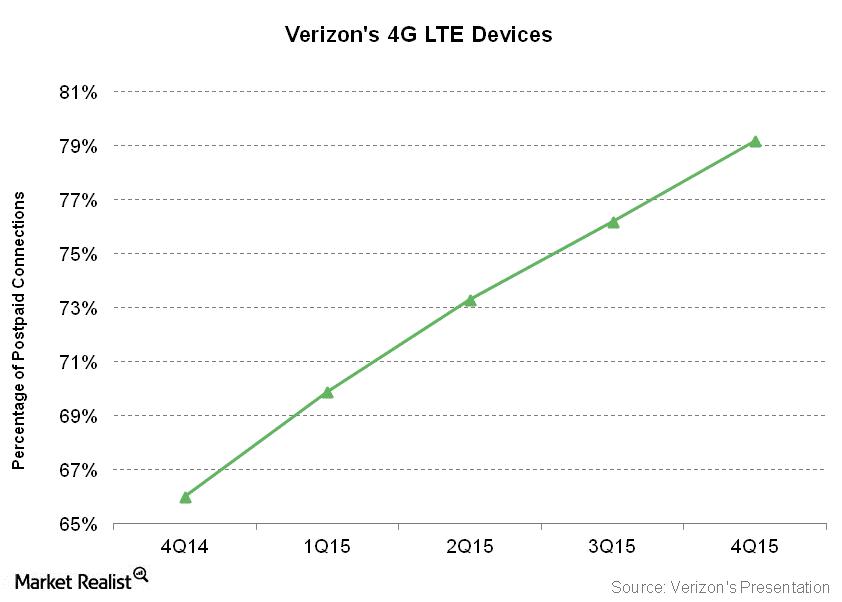 The YoY growth of LTE devices for Verizon was robust in 4Q15. The carrier had ~84.4 million LTE device connections in the quarter. This figure was at ~67.4 million in 4Q14. A higher proportion of Verizon’s postpaid devices were on the LTE network by the end of 4Q15.

For a diversified exposure to telecom companies in the United States (SPY), you may consider investing in the iShares Russell 1000 Value ETF (IWD). The ETF held a total of ~2.5% in some of the US telecom companies at the end of December 2015.