However, the week’s electricity generation was lower than the 87.4 million mWh reported during the same week in 2015. 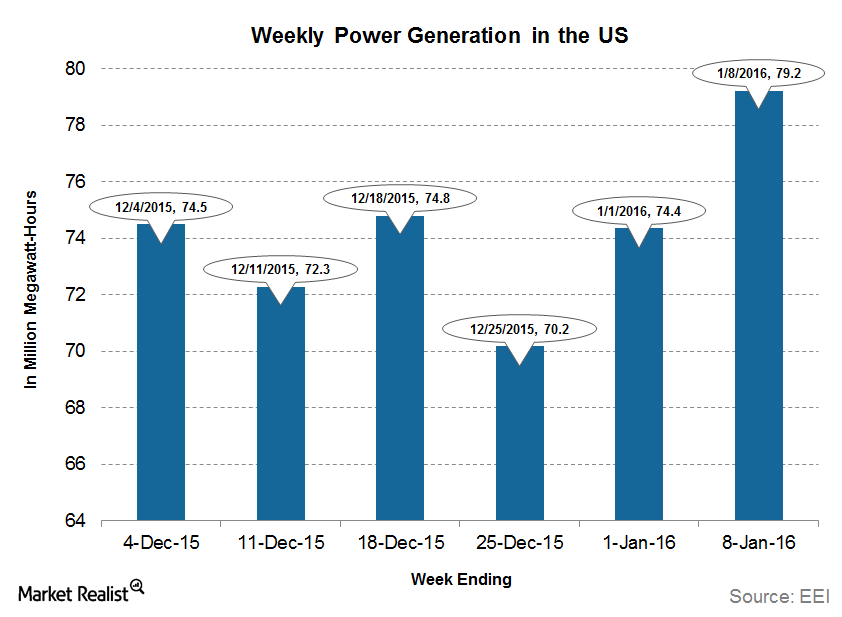 Why is this indicator important?

More than 90% of the coal produced in the United States is used for electricity generation. This means the power utility segment is coal’s largest end user.

What does this mean for coal producers?

Thermal coal is used mainly for the generation of electricity. Everything else being equal, a rise in electricity generation is generally positive for coal producers (KOL) such as Peabody Energy (BTU) and Cloud Peak Energy (CLD). However, as we saw previously in this series, coal has been losing market share to natural gas in the current low natural gas price environment.

Weekly generation levels are subject to seasonal deviations. The impact on utilities (XLU) such as NextEra Energy (NEE) and Southern Company (SO) depends on the regional breakdown of electricity generation.

In the next part of this series, we’ll take a closer look at what’s happening across the United States with electricity generation.