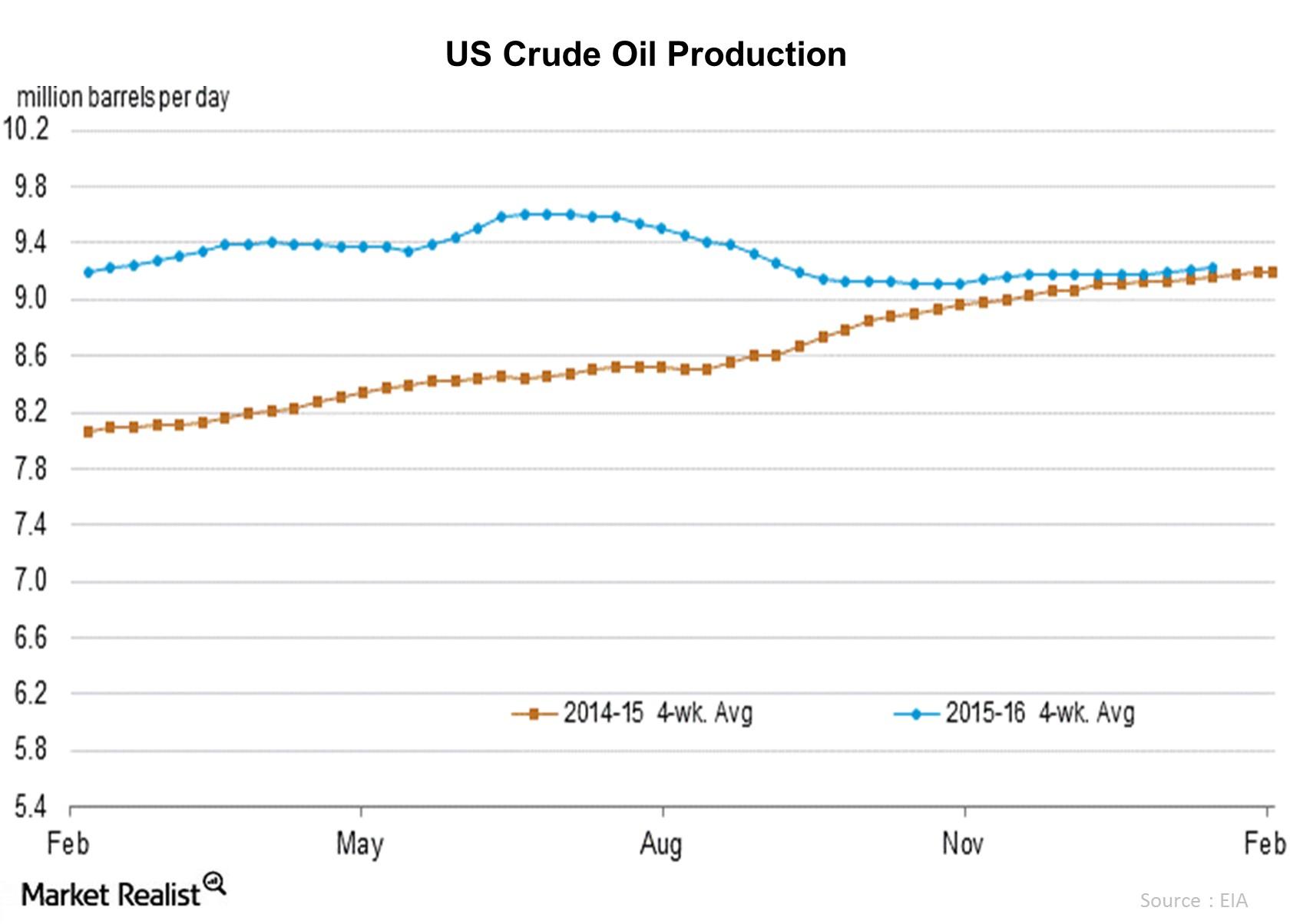 The fall in refinery runs is mainly because of the lower gasoline and distillate demand. In turn, the distillate demand has been worsened due to mild weather that limited refinery inputs. But, the production and imports of crude oil continued at previous levels. So, week by week, crude oil inventories are rising.