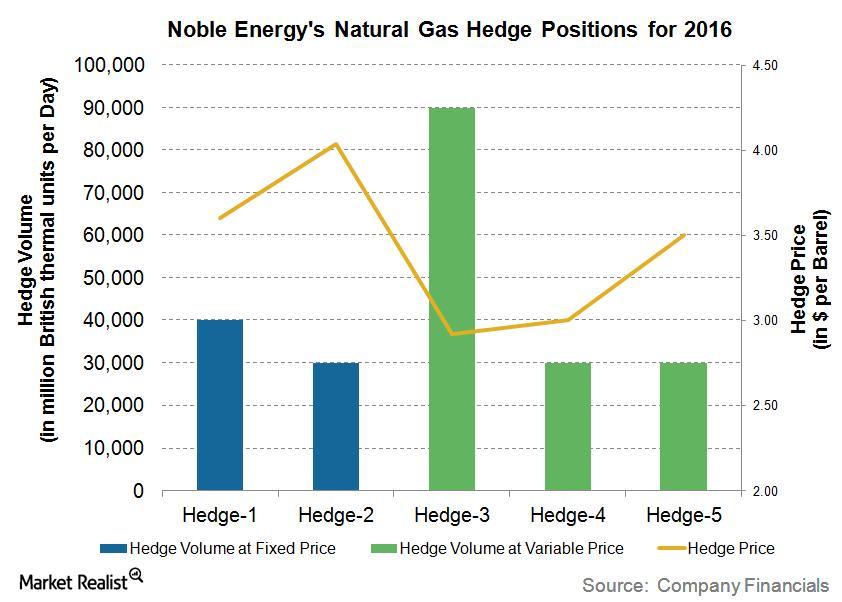 Noble Energy’s lower hedge volume for crude oil hedges was ~36% lower in 2016 than in 2015. The company hedged these volumes at much lower prices using fixed-price and variable-price derivative instruments.