In the earlier parts of this series, we learned about AT&T’s (T) 2015 acquisition of DIRECTV (DTV). We also learned about the acquisitions of Iusacel and Nextel Mexico in the Mexican mobile space by AT&T during the year. With the spate of acquisitions, AT&T’s revenue mix transformed significantly during 3Q15.

AT&T completed the Mexican acquisitions in 1H15 and the DIRECTV acquisition during 3Q15. The telecom company reported its new business segments of Business Solutions, Entertainment and Internet Services, Consumer Mobility, and International during 3Q15. 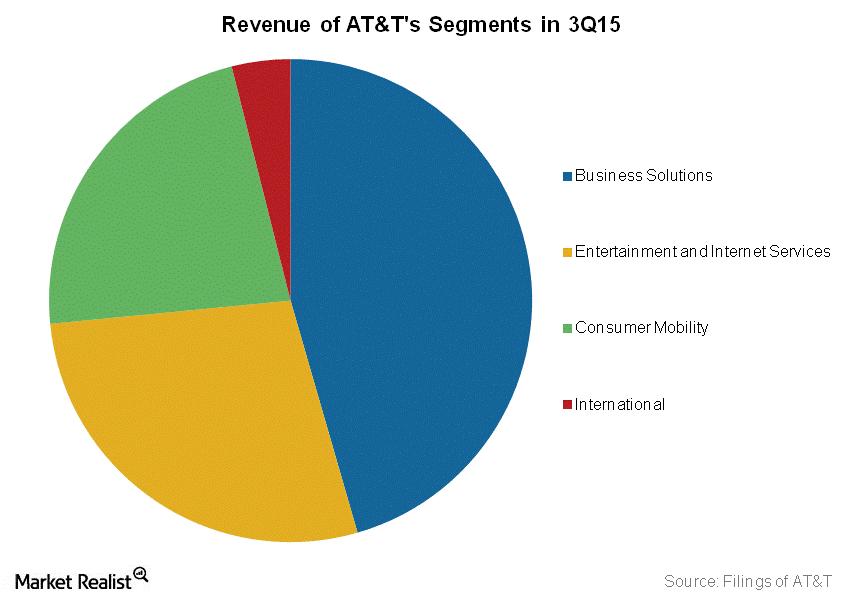 Contribution of AT&T’s segments in 3Q15

Business Solutions made ~$17.7 billion in revenue and ~$4.3 billion of operating income during the quarter. The revenue figures for Entertainment and Internet Services, Consumer Mobility, and International segments were ~$10.9 billion, ~$8.8 billion, and ~$1.5 billion, respectively, during 3Q15.

Meanwhile, the operating income for Entertainment and Internet Services segment and the Consumer Mobility segment totaled ~$1 billion and ~$2.7 billion, respectively. The International component had an operating loss of ~$0.08 billion during 3Q15.