Southwest Airlines (LUV) saw one of the strongest positive stock movements during 4Q15 on improvements in utilization. This was in contrast to other regional players who saw utilization decline throughout the quarter, which also resulted in pressure on yields. 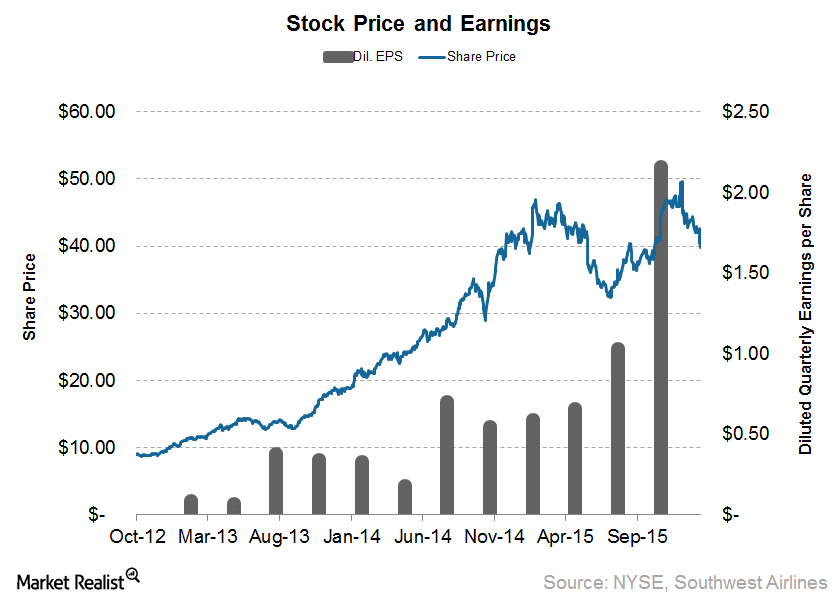 The airline’s stock surged by about 13% in 4Q15 while stocks of other regional players such as Spirit Airlines (SAVE), Allegiant Air Travel (ALGT), and JetBlue (JBLU) fell by 16%, 22%, and 12%, respectively, in the same timeframe.

The broader market, tracked by the S&P 500 Index (SPY), dipped slightly by about 2% for the year. As airline services rely on discretionary spending and compete for consumers’ money, it makes sense to compare the airline performance with the consumer discretionary sector. The Consumer Discretionary SPDR ETF (XLY) rose by 8% during the year.

Southwest Airlines (LUV) is expected to announce its fourth quarter earnings on January 22, 2016. The company had a very successful 2014 with a profit of $1,136 million on revenue of $18,605 million, and it hopes to post similar results for 2015 as well.

In the following series, we’ll look at what investors can expect for 4Q15 and more importantly for 2016. We will also discuss key indicators that investors should look out for.