In 2015, stocks for integrated energy companies fell on the back of lower oil prices, affecting upstream earnings. In 2015, Royal Dutch Shell (RDS.A) fell sharply by 28%. Chevron (CVX) saw its stock fall a huge 18%. Exxon Mobil (XOM) and BP (BP) fell 13% and 14%, respectively. This affected the iShares US Energy ETF (IYE), which has ~39% combined exposure to XOM and CVX. 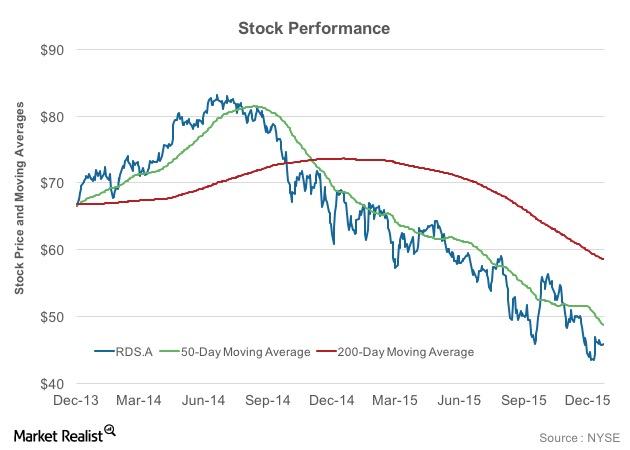