Chinese demand on a rise

What exactly constitutes gold demand in China remains a much-disputed topic. Specifically, the question remains whether it is best to use the import numbers for China or the withdrawals from its SGE (Shanghai Gold Exchange). India and China are the major demand sources for gold. A future surge in demand from these countries may provide some support for gold. However, the upcoming rate hikes from the Federal Reserve may weigh on gold. We’ll have to see which of these factors has a bigger impact on gold. In 2015, the looming rate hike was influential and pulled down gold prices almost 10% despite high demand. 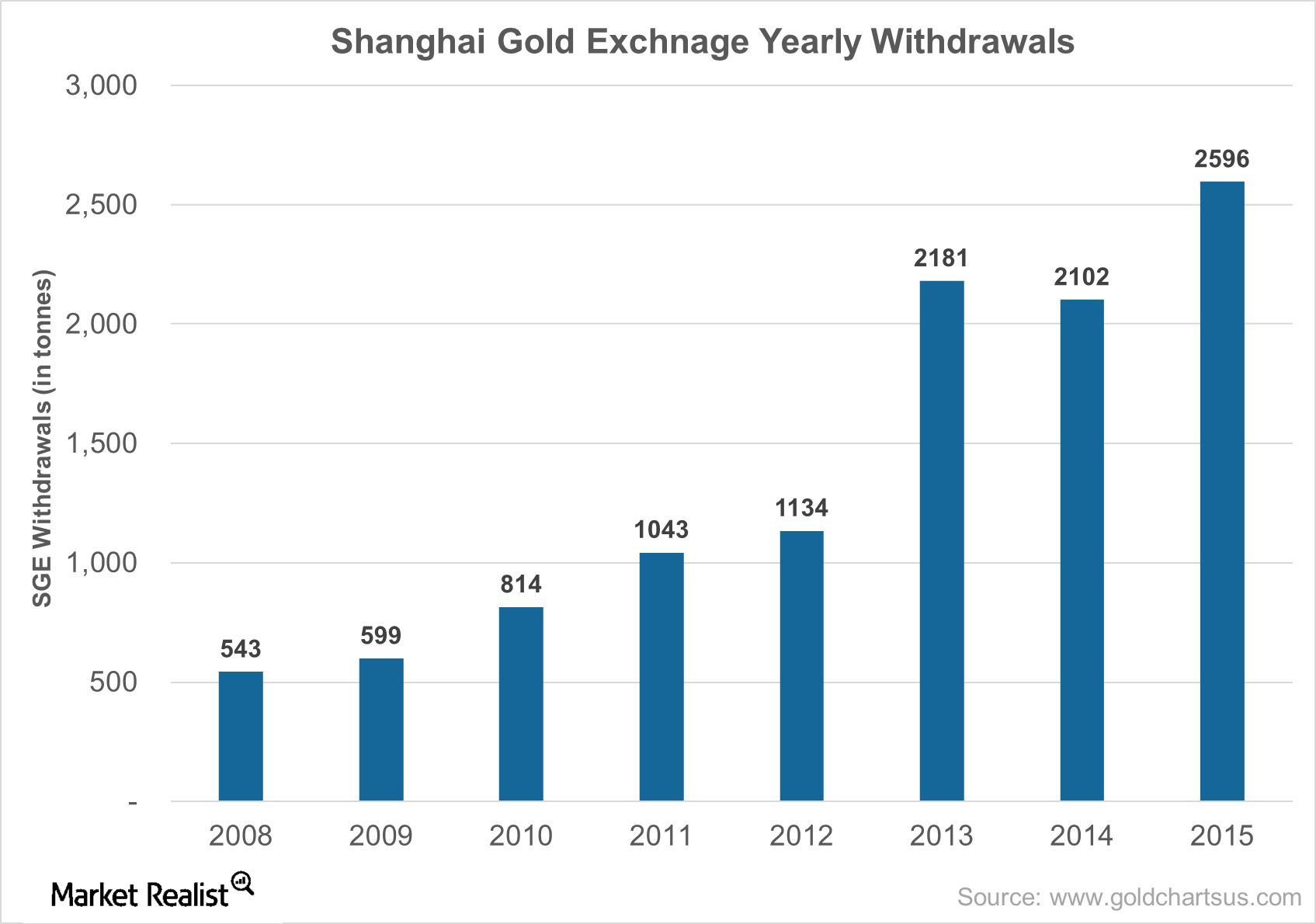 A further surge in buying patterns during the coming year may provide support to the precious metals. A rise in the precious metals, especially gold, can positively affect the SPDR Gold Shares ETF (GLD) and the iShares Gold Trust (IAU).

Mining companies suffered a lot of carnage in 2015. A further fall in 2016 would negatively impact stocks like Kinross Gold Corporation (KGC), IAMGOLD Corporation (IAG), and Gold Fields (GFI). These three companies together make up 7.8% of the VanEck Vectors Gold Miners ETF (GDX).