Schlumberger’s (SLB) CEO and chairman Paal Kibsgaard sounded cautious in describing the outlook for the coming quarters, as soft energy prices are expected to weigh on the oilfield services and equipment industry. In the 3Q15 press release, he stated that “for oilfield services, the market outlook for the coming quarters looks increasingly challenging with activity expected to be reduced further, as lack of available cash flow exhausts capital spending for a number of our customers, leading them to take a conservative view on 2016 E&P[1. exploration and production] spending in spite of any gradual improvement in oil prices. In addition, the winter season will have the normal impact on activity in the fourth quarter, which this year is unlikely to be offset by the usual year-end sales of software, products and multiclient licenses.”

The reasons for the weak energy environment have been analyzed by Schlumberger’s management. These include the following: 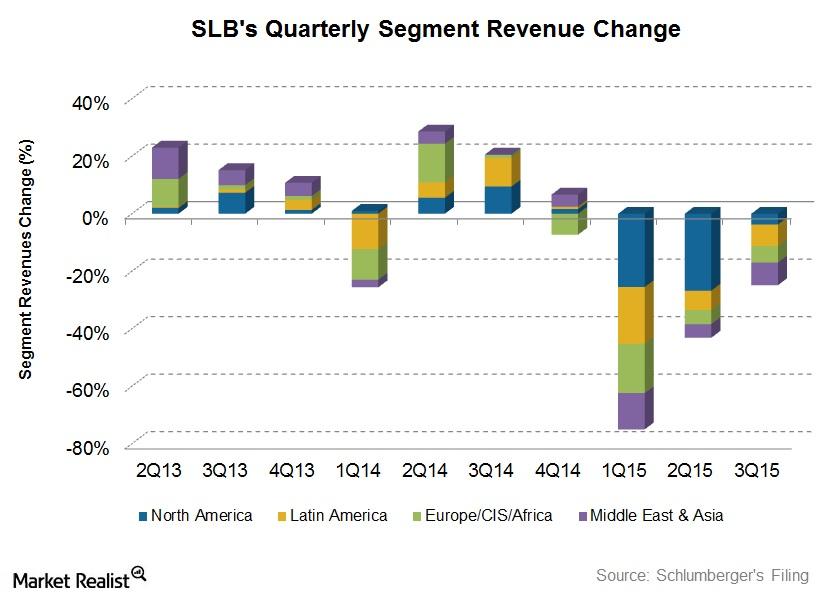 Schlumberger’s earnings drivers are as follows:

Energy price recovery is taking longer than Schlumberger’s management had anticipated. Schlumberger, which was anticipating a quicker turnaround a couple of quarters ago, had to alter its capex and investment plans. Its cost structure also had to be modified, leaving room for further restructuring charges in the near quarters. Next, we’ll discuss Wall Street analysts’ targets for Schlumberger.