This was a fall of 194,000 bpd (barrels per day) compared to the prior week’s average. The current refinery inputs are around 3.3% higher than the refinery inputs of the corresponding period last year. 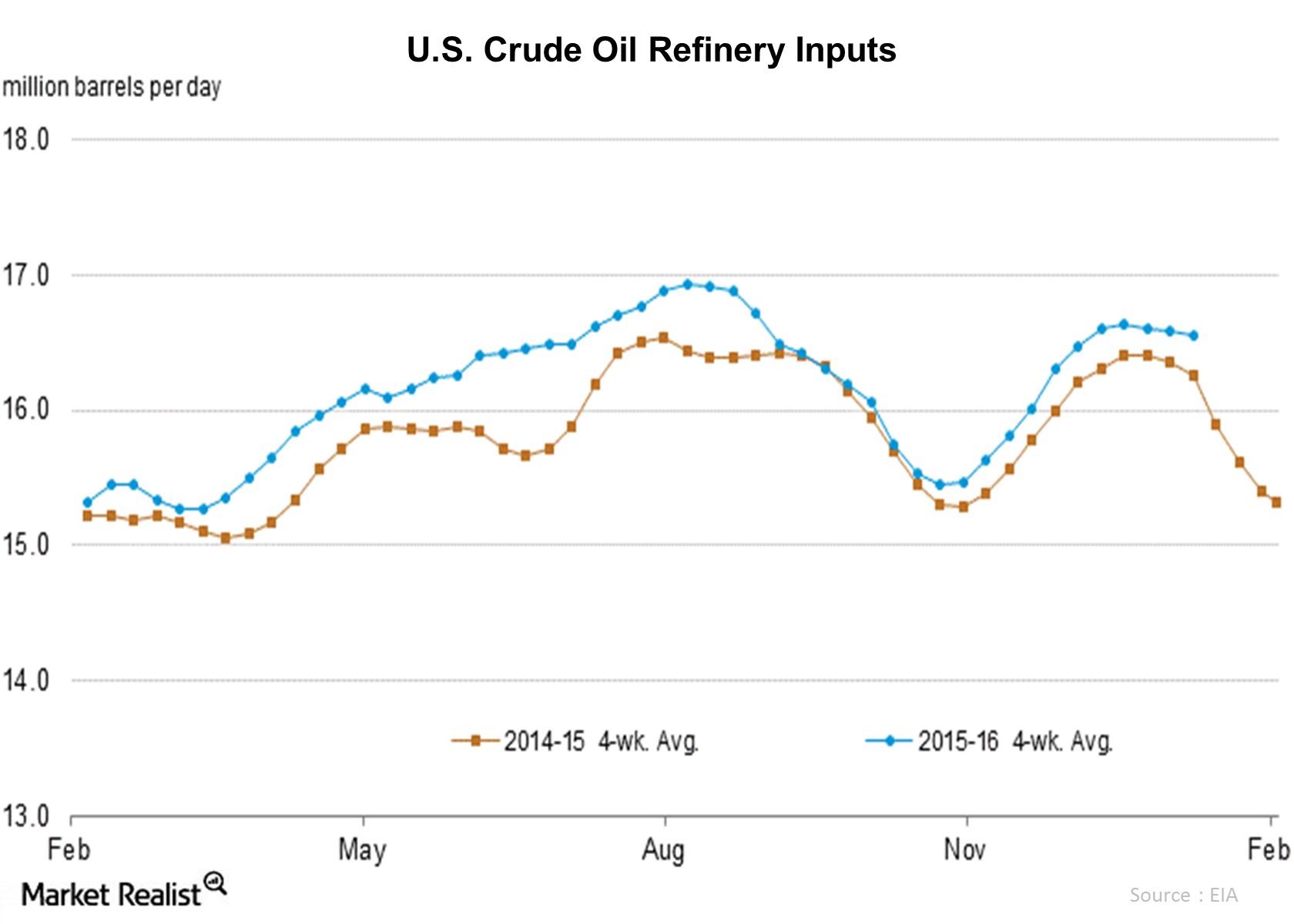 The maximum refinery utilization rate and lower gasoline and distillate demand led to inventory builds, even though refineries operated and continued to operate at more than 90% of their capacities due to high refinery margins. Inventories rose at a rapid pace, which impacted the prices of refined products such as gasoline and distillates. This in turn impacted refinery margins. So, now refinery inputs are falling to bring stability back to prices as well as to control inventory levels.

The fall in the refinery inputs indicates lower demand for crude oil. The fall in demand has a negative impact on crude oil prices, which could have a greater impact on the revenues of crude oil producers such as Energen (EGN), Oasis Petroleum (OAS), Chevron (CVX), Apache (APA), and ExxonMobil (XOM).

Find more updates on gasoline in the next part of this series.