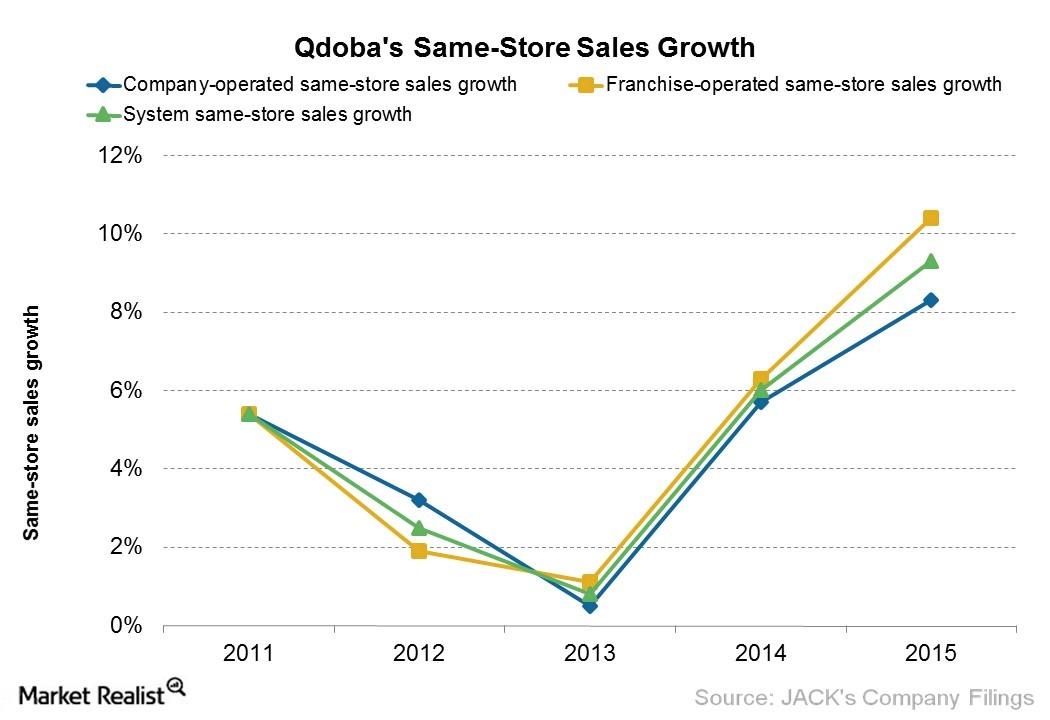 In October 2014, Qdoba simplified its pricing structure. Guests are charged a set price per entry depending upon the protein they choose, which has contributed to a larger average ticket size. Traffic, or transactions, decreased in 2015 by 0.1%.