The EIA’s (U.S Energy Information Administration) weekly propane and heating oil update were released on January 6, 2016, and reported that US residential propane demand is 1.3 MMbpd (million barrels per day) for the week ended January 1, 2016. As of that week, propane demand is 0.25 MMbpd more than the prior week’s demand, and also 0.17 MMbpd, or 10.8%, less than the demand in the corresponding period last year. 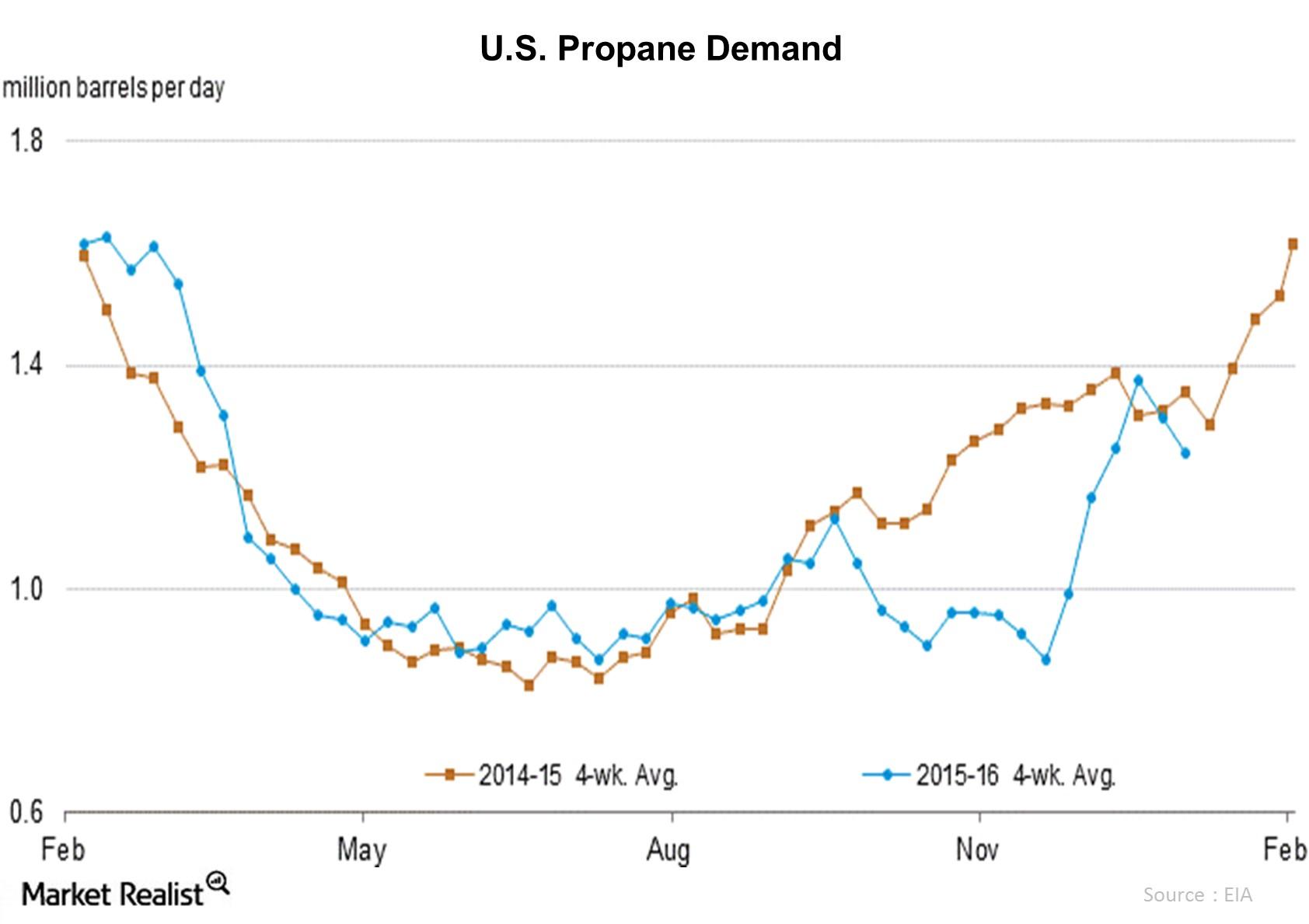 The fall in propane inventories is by 1.34 MMbbls for the week ended January 1, 2016, due to a rise of 0.25 MMbpd in propane demand. Propane demand has been weak for quite a long time due to above-normal temperatures during this winter season of 2015–2016. But propane inventories are at record levels due to more production because of lower crude oil prices. This had an adverse impact on propane prices.