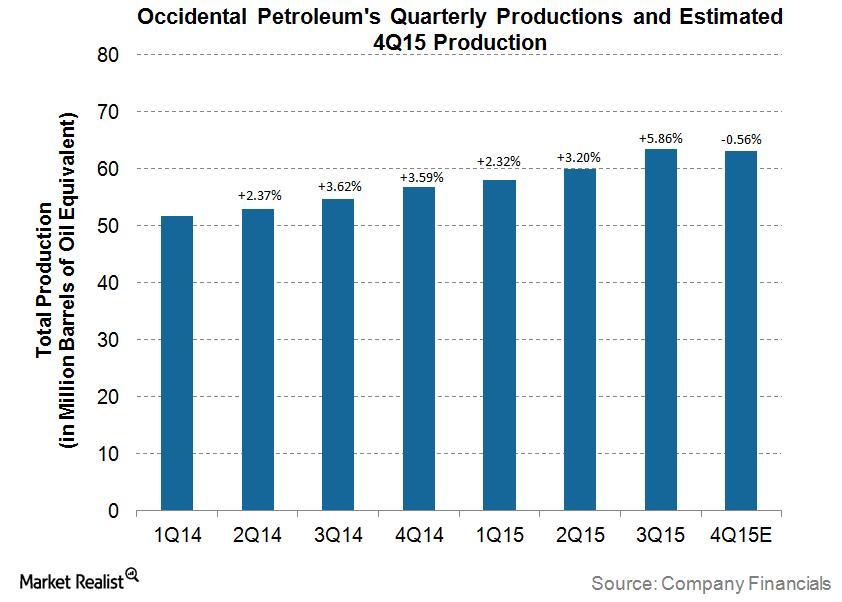 For 2015, OXY expects worldwide total production to average 660,000–670,000 boe per day. OXY is expecting 2015 growth to come mainly from the Permian Basin, which is its main focus area, and Al Hosn in the United Arab Emirates.

Due to efficiency gains and drilling higher EUR (estimated ultimate recovery) wells in the Permian Basin, OXY now expects to deliver 4Q15 forecast growth. It planned to do this by using fewer rigs and less total online well count of 48 compared to total producing well count of 54 in 3Q15.

In the 3Q15 earnings conference call, OXY’s management said that it reached an agreement to divest less productive assets in the Williston Basin, which is expected to close in 4Q15.

The fourth quarter is expected to mark OXY’s exit from non-core areas such as Iraq so it can create more focused domestic oil and gas organization.

For 4Q15, OXY is expecting net cash proceeds from asset sales to be ~$650 million dollars.