For 4Q15, Wall Street analysts expect OXY to report revenue of ~$2.9 billion, which is lower by ~33% when compared with 4Q14 revenue of ~$4.3 billion. When compared sequentially with 3Q15, OXY’s 4Q15 revenue expectations are still lower by ~7%. The lower YoY (year-over-year) revenue expectations for 4Q15 are the direct result of the steep decline in crude oil and natural gas prices. 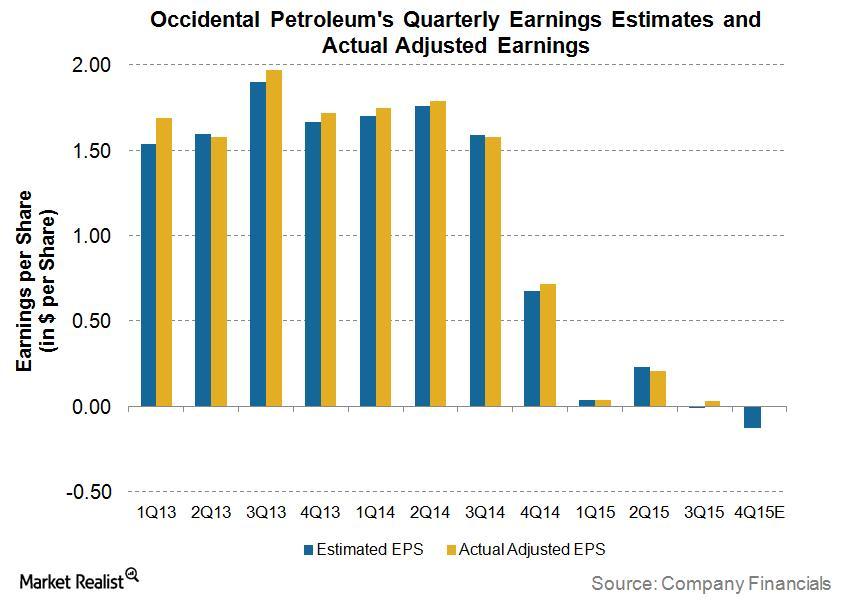 As you can see in above graph, OXY is reporting much lower earnings in 2015 due to lower realized crude oil and natural gas prices. The fourth quarter will see OXY’s adjusted earnings turn negative for the first time since 2009.

Due to the steep downward trend in energy prices, almost all S&P 500 (SPY) upstream companies have been hit. Southwestern Energy (SWN), EOG Resources (EOG), and Consol Energy (CNX) are expected to report declilnes of 22%, 49%, and 20%, respectively, year-over-year in their 4Q15 revenues.