The EIA’s word on propane demand

The EIA’s (US Energy Information Administration) weekly propane and heating oil update released on January 21, 2016, reported that US residential propane demand was at 1.03 MMbpd (million barrels per day) for the week ending January 15. As of that week, propane demand was 0.39 MMbpd less than the prior week’s demand and 0.28 MMbpd less than the demand during the corresponding period in 2015. 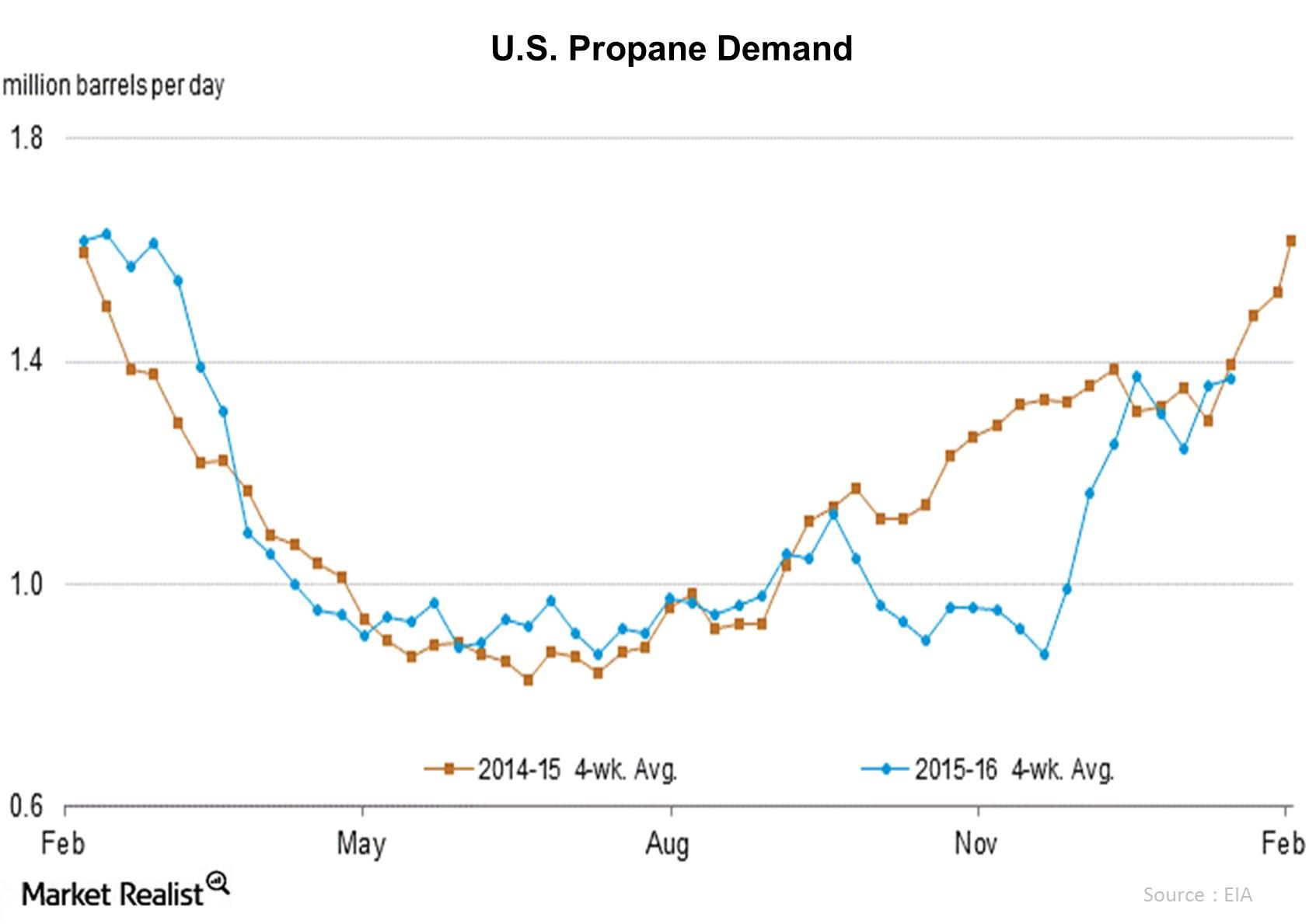 Charting propane prices as of January 18

The forecasts of above-normal temperatures in the Western Rockies region and in most US regions where propane is used could drag propane demand down and impact propane prices further. In this sense, any fall in propane prices will have an adverse impact on the revenues of the propane producers and distributors like NGL Energy Partners (NGL), AmeriGas Partners (APU), Suburban Propane (SPH), and Ferrellgas Partners (FGP). Notably, APU accounts for 1.4% of the First Trust North American Energy Infrastructure ETF (EMLP).

In the next and final part of this series, we’ll move our discussion toward jet fuel imports.