In this final part of the series, we’ll look at Noble Energy’s (NBL) stock price movement with respect to energy prices, the dollar index, and the broader market. 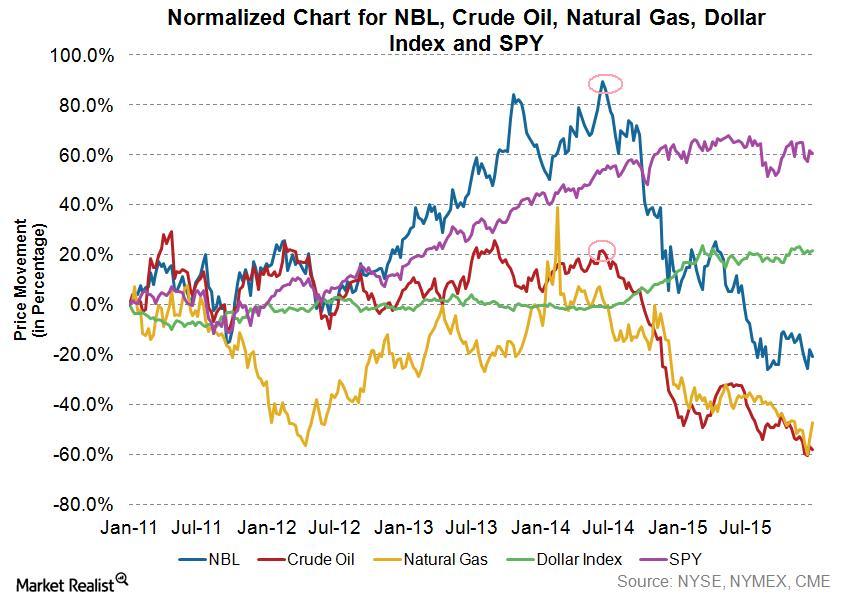 Clearly, crude oil is a key driver behind movements in Noble Energy’s stock price. Noble Energy and crude oil have declined by similar magnitudes, by ~66% and ~60%, respectively, since their peaks in June 2014. Upstream companies Pioneer Natural Resources (PXD), EOG Resources (EOG), and Occidental Petroleum (OXY) are down ~50%, ~42%, and ~35%, respectively.

Noble Energy has good quality oil and gas reserves and efficient and very low-cost production capacity. Unfortunately, its recent reserve acquisitions came with a heavy price tag, which diluted shareholders’ equity and increased its leverage. Also, the acquisitions may have been poorly timed, as crude oil prices have been following a downtrend continuously since. The key for Noble Energy is that energy prices exit this cyclical bear market.