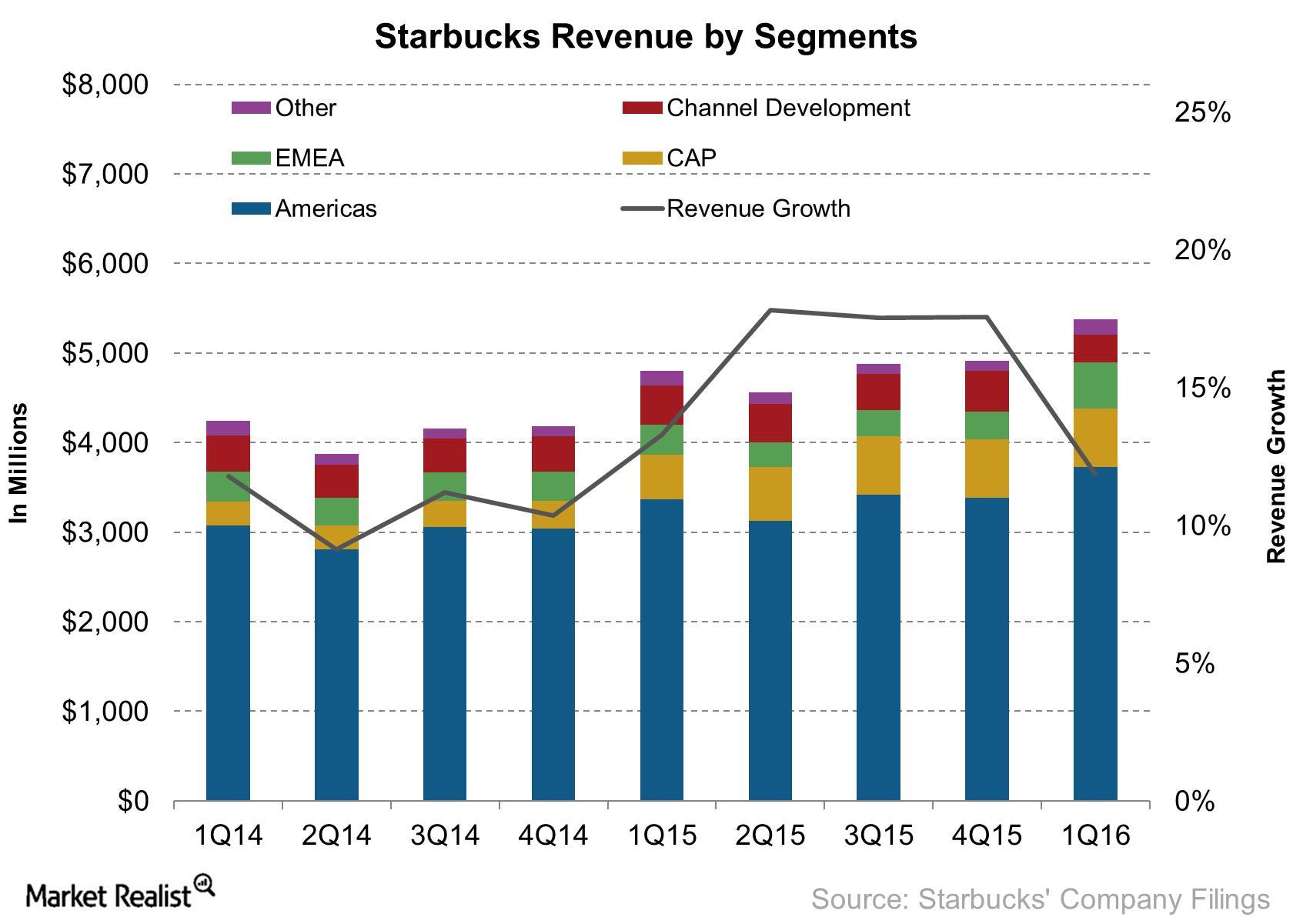 An alternative way to access Starbucks is through the Consumer Discretionary Select Sector SPDR ETF (XLY). XLY invests about 4% of its portfolio in Starbucks. It also has holdings in other restaurants, such as McDonald’s (MCD), Darden (DRI), and Chipotle Mexican Grill (CMG).

The first-quarter results are generally the strongest for Starbucks. They include end-of-year holiday sales.

The CAP segment’s revenue grew to $653 million—32% growth compared to the 86% growth in 1Q15. This might seem like a steep drop, but bear in mind that 1Q15 included Japan segment sales. As the effect of the company’s Japan acquisition rolls over, we should see growth normalize. Historically—for the last three years, excluding Japan—the CAP segment had an average revenue growth of 26% year-over-year.

The EMEA—Europe, the Middle East, and Africa—segment’s revenue grew 54% to $512 million. The Channel Development segment’s revenue fell 29% to $313 million during the quarter. This fall is likely why the company missed estimates.

Next, we’ll look at what affected revenue growth in detail.