R&D (research and development) is an integral part of most pharmaceutical companies, as it helps drive future revenues. Teva Pharmaceutical Industries (TEVA) spent $361 million on R&D in 3Q15, or 7.5% of the company’s total revenues. It was an absolute decrease of 12% compared to R&D expenses for 3Q14. Higher R&D expenses in 3Q14 were due to an impairment expense related to the cancellation of the balugrastim project. 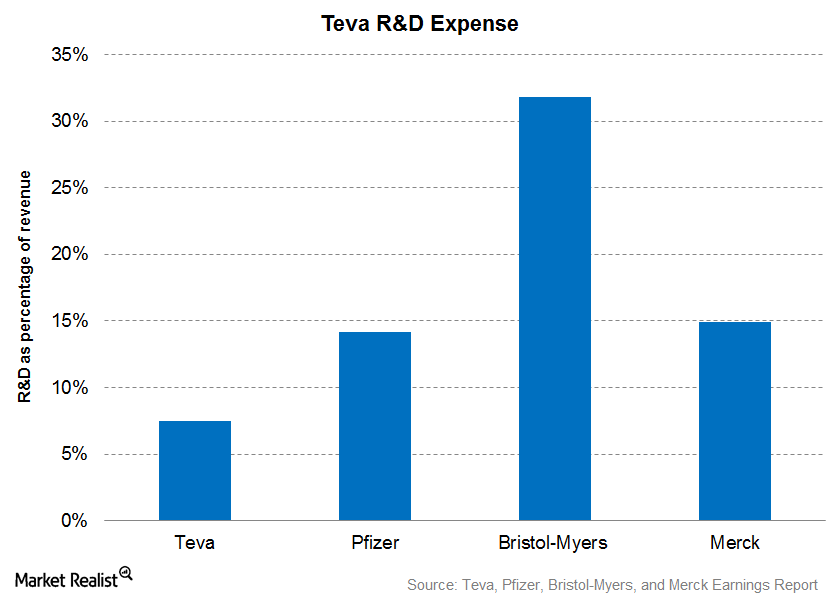 The above graph reflects 3Q15 R&D expenses as part of total revenues for Teva and some of its peers.

Investors can invest in the Health Care Select Sector SPDR ETF (XLV) for exposure to the healthcare sector.