On January 19, 2016, Morgan Stanley (MS), the second largest investment bank in the United States, reported higher-than-estimated fourth quarter earnings. Shares rose 1.1% following the earnings announcement. So far in 2016, the stock has taken a steep fall of 20.6% as falling oil prices wreak havoc in markets around the world. 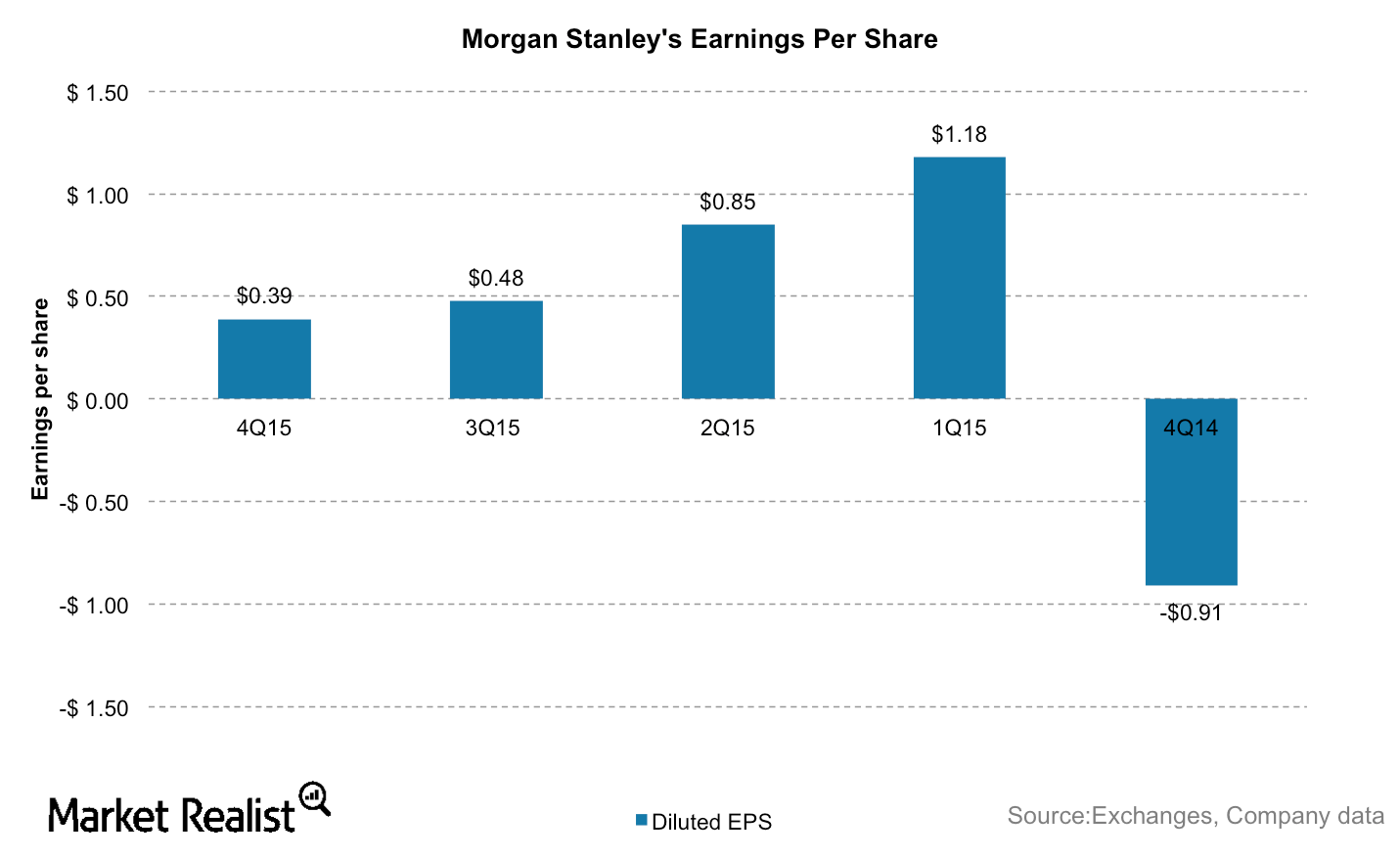 James P. Gorman, Morgan Stanely’s chairman and chief executive officer, said, “A strong overall performance in the first half of the year was impacted by difficult market conditions in the second half that dampened trading activity. In the fourth quarter we took action to meaningfully restructure our Fixed Income business on a capital and expense basis. We enter 2016 with a continued focus on managing expenses across the Firm and driving up returns for our shareholders.”

Morgan Stanley has a market capitalization of $48.9 billion as of January 19, 2016. In 2014, it had $1.5 trillion in assets under management. Its main competitors in the United States are J.P. Morgan (JPM), Goldman Sachs (GS), and Citigroup (C). Investors looking for exposure to these banks could invest in the Financial Select Sector SPDR ETF (XLF).