According to a report from Consumer Intelligence Research Partners, mobile phone users are switching to iPhones at a fast rate. This is one of the most important growth drivers for Apple. It will impact Android (GOOGL) negatively in the long run. 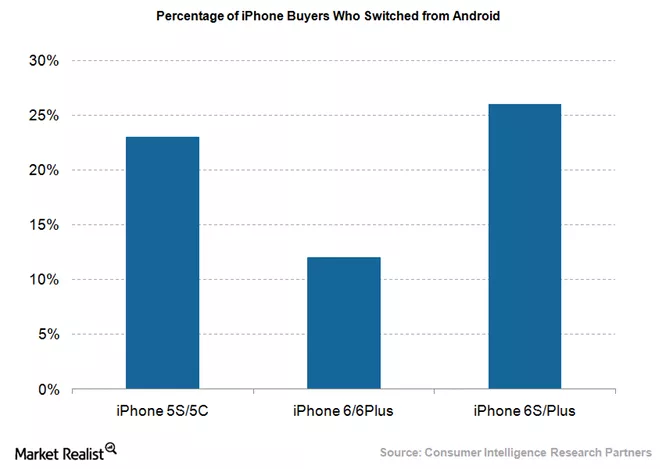 In terms of operating systems, Android leads the way with 51.7% compared to 52.1% in May 2015. Apple is in second place with 44.1%, followed by Microsoft (MSFT) and Blackberry (BBRY) at 2.9% and 1.2%, respectively. According to comScore.com, 191.1 million people in the United States owned smartphones in the quarter ended August 2015, which suggests a market penetration of 77%.