Weak natural gas prices have haunted Arch Coal right up to its Chapter 11 bankruptcy filing. Those prices are still affecting the company. According to the EIA (U.S. Energy Information Administration), most of the  coal consumed in the United States is used in electricity generation.

The coal industry faces tough competition from natural gas as an alternative fuel in electricity generation. 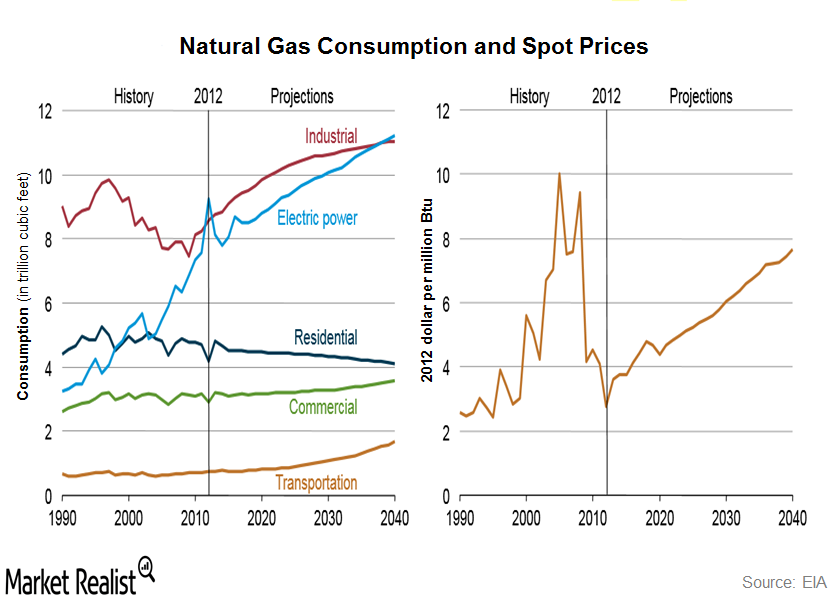 Natural gas prices dropped sharply between 2008 and 2012 as a result of the shale gas boom. The current natural gas rates are a third of what they were ten years ago.

Why natural gas is preferred over coal