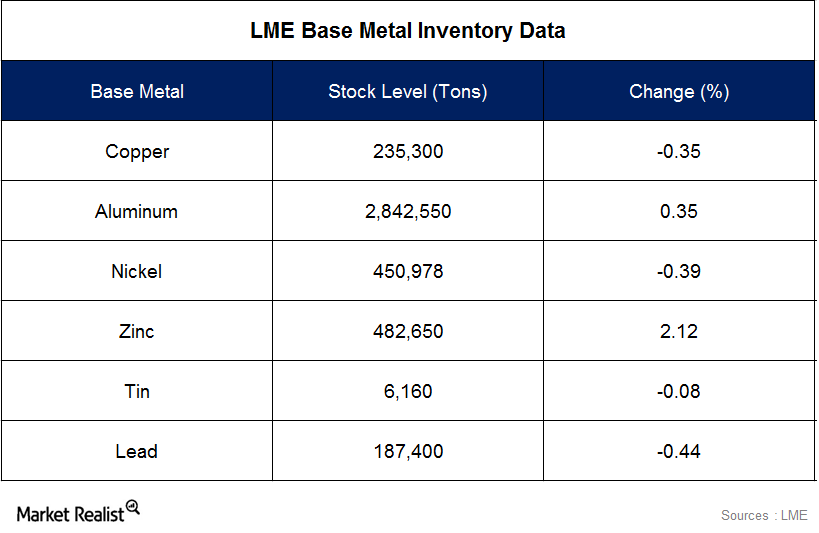 The inventory levels of nickel fell