Libya is an OPEC (Organization of the Petroleum Exporting Countries) member. We discussed OPEC’s production in the previous parts of the series. Let’s see how Libyan oil production is affected in this part. Bloomberg surveys suggest that Libya produced 370,000 bpd (barrels per day) of crude oil in December 2015. However, the country produced 1.6 MMbpd (million barrels per day) of crude oil in 2011. The civil war and security concerns in Libya led to the drop in oil production. 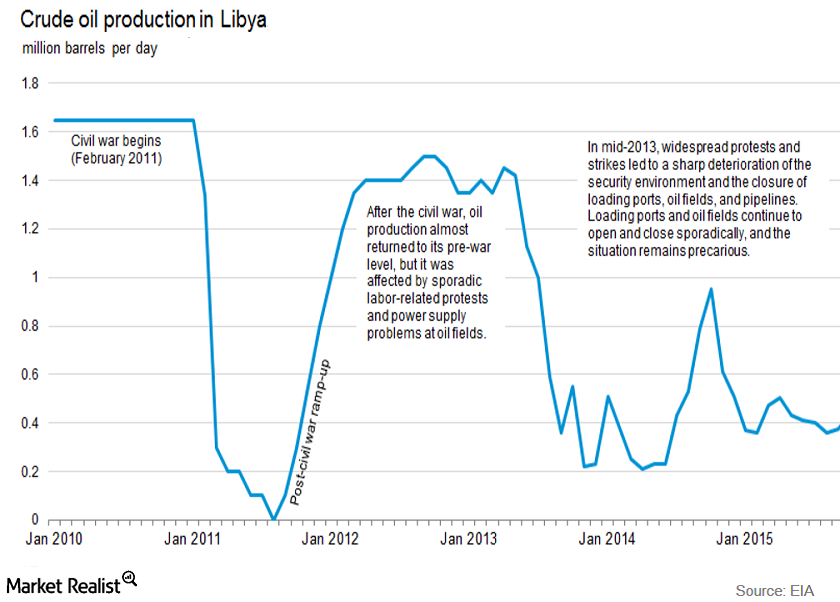 The Islamic State attacked Libyan ports on Tuesday, January 5, 2015. The terrorist group attacked the largest port in Libya, known as Es Sider, and set fire to the oil tank at the port. Note that Libya has the largest oil reserves in Africa.

US oil companies like ConocoPhillips (COP), Marathon (MRO), and Hess (HES) are strategic partners with the Waha oil company operating in the Waha, Samah, Dahra, and Gialo oil fields, using the load ports of Es Sider. International oil producers like Eni (ENI) and Total (TOT) also have strategic ties with Libyan oil producers. Libya’s Es Sider and Ras Lanuf ports can together transit more than 500,000 bpd of crude oil. But, they have been closed for more than one year due to security concerns. The Islamic State controls more than 300 kilometers of Libya’s coastline, affecting the transit of crude oil. 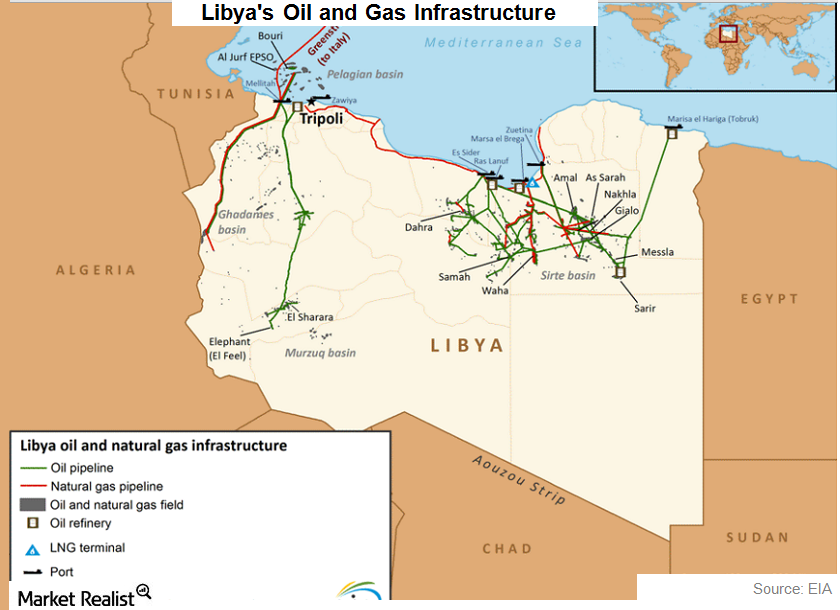 The Libyan National Oil Company plans to resume crude oil production in 2016. Libya’s NOC (National Oil Corporation) reported that the company is reopening export terminals and taking initiatives to resolve issues to resume production at the Sharara and Elephant oilfields. The total production capacity of these oilfields was 440,000 bpd in November 2015. However, the recent attacks by the Islamic State raise questions on whether Libya would resume production or not. Also, resumed production could add more worries of a crude oil glut market. However, under the current circumstances, this seems unviable.

Oil-tracking ETFs like the United States Oil Fund (USO) and the ProShares Ultra Bloomberg Crude Oil ETF (UCO) are also influenced by lower oil prices. See how the US dollar is putting pressure on oil prices in the next part of this series.