Earlier in this series, we discussed Microsoft’s (MSFT) strategy to target emerging markets to increase its presence in the smartphone space. In December 2015, Microsoft announced a JV (joint venture) with CETC (China Electronics Technology Group) to accelerate Windows 10 adoption in China (YINN). Through this JV, Microsoft will license, manage, and provide technical support for the Windows 10 OS (operating system) in government-owned agencies and institutions. CETC is a state-owned company that provides technology for Chinese military and civilian use. Its collaboration with Microsoft is subject to regulatory approval in China. 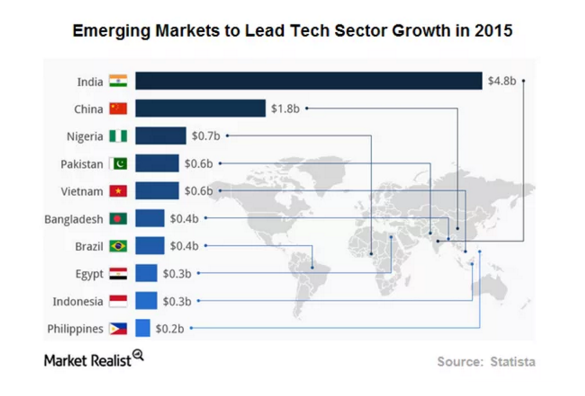 In mid-2014, China banned Microsoft’s Windows 8 for government-related systems. Microsoft’s offices were also raided in China on the grounds of an antitrust investigation. It was widely believed that China’s ban was a reaction to the end of Windows XP support. A location-tracking function on Apple’s (AAPL) iPhone was called a “national security concern” by Chinese broadcasters in mid-2014. In February 2015, Chinese regulatory authorities fined Qualcomm (QCOM) 6 billion yuan, or ~$975 million, for its mobile phone technology licensing practices, on the grounds of China’s anti-monopoly law. Considering how China has made itself a difficult country for global tech players to operate in, it’s a small victory that Microsoft has managed to negotiate a deal with the Chinese government.