Forward PE (price-to-earnings) and EV/EBITDA (enterprise value to earnings before interest, tax, depreciation, and amortization) multiples can be two of the best valuation multiples to use when valuing Johnson & Johnson (JNJ) and other large pharmaceutical companies, given the relatively stable and visible nature of their earnings.

PE multiples are widely available and represent what one share can buy for an equity investor. EV/EBITDA multiples, on the other hand, are capital-structure neutral. 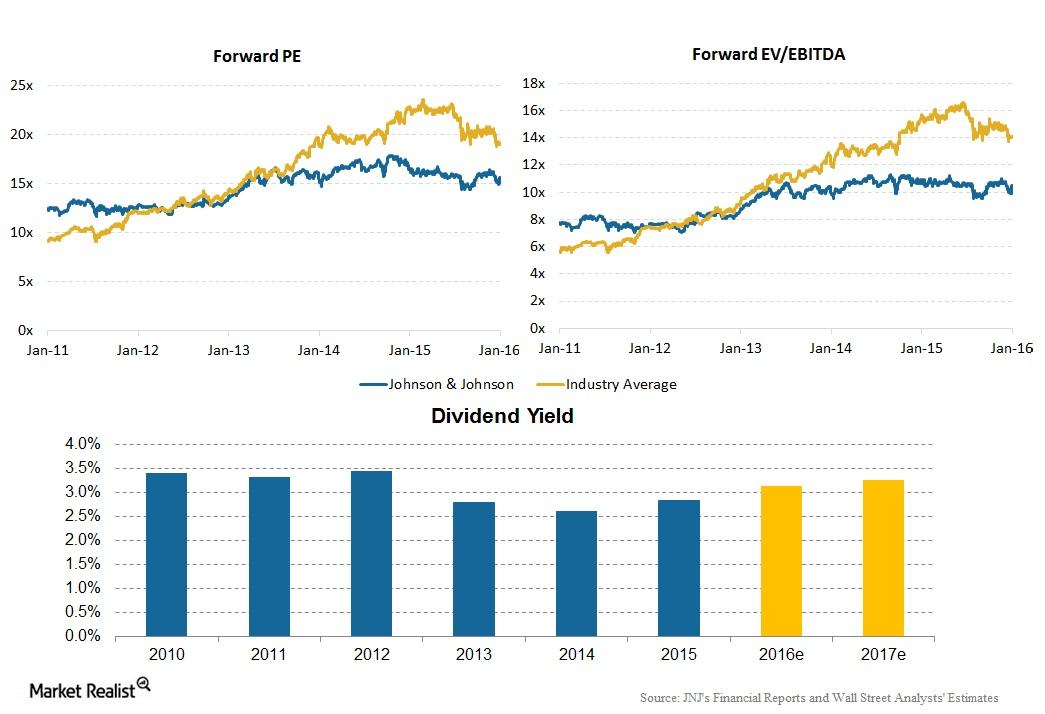 On January 27, 2016, Johnson & Johnson was trading at a forward PE multiple of ~15.6x. Based on the last five years’ multiples, JNJ’s current valuation is neither high nor low. Its PE multiple has ranged from ~11.5x to ~18x.

Johnson & Johnson’s valuation multiple opposed the industry trend until mid-2013, and it has since followed the overall trend. Whether the healthcare sector’s forward PE multiple rises or falls, JNJ will definitely be affected.

On a capital-structure neutral and excess cash–adjusted basis, JNJ currently trades at ~10.5x, which is much lower than the industry average of ~14.1x. Other competitors such as Pfizer, Merck and Co., and Eli Lilly have forward EV/EBITDA multiples of 10.6x, 10.1x, and 16.1x, respectively.

Investors can consider ETFs such as the SPDR S&P International Health Care Sector ETF (IRY) or the iShares US Pharmaceuticals ETF (IHE) in order to divest their risk.