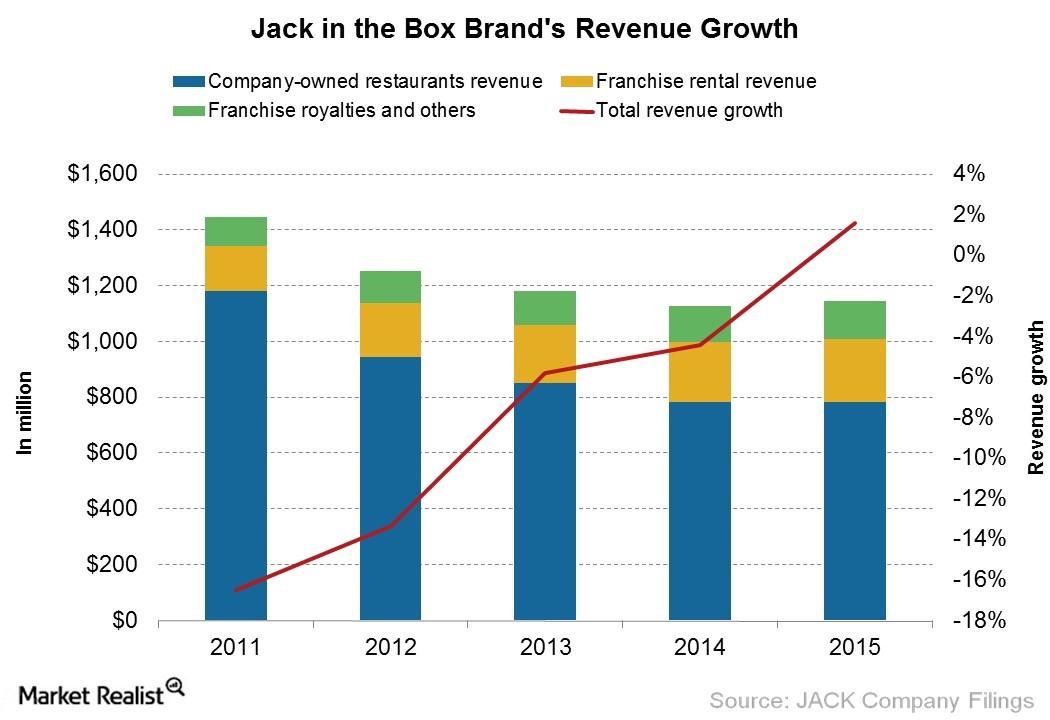 Analyzing the Jack in the Box brand’s revenue sources

From 2011 to 2015, the Jack in the Box brand’s revenue fell from $1.4 billion to $1.1 billion, a decrease of over 20.8%. This fall was largely due to closing down or selling underperforming restaurants. Let’s take a look at each segment and its performance over the last five years.

From 2011 to 2015, company-owned restaurant sales fell from $1.2 billion to $783 million, a decrease of over 33.8%. In 2011, the company operated 629 restaurants, which fell to 413 by 2015. Although same-store sales have increased over the years, the decrease in company-operated restaurants has brought down the revenue earned from this segment.