Analyzing the business fundamentals of Lowe’s, a leader in home improvement retail

Lowe’s (LOW) is the second largest home improvement chain in the world. The chain is based in Mooresville, North Carolina, and has been around since 1946. It went public in 1961. The retailer operates a total of 1,849 stores in the US, Canada, and Mexico under its own brand and under the Orchard Supply Hardware banner, which operates in the states of California and Oregon only. The company also has a presence in Australia via a 33% owned joint venture with Woolworths[1. On January 18, 2016, Lowe’s announced it was exiting its home improvement business in Australia]. 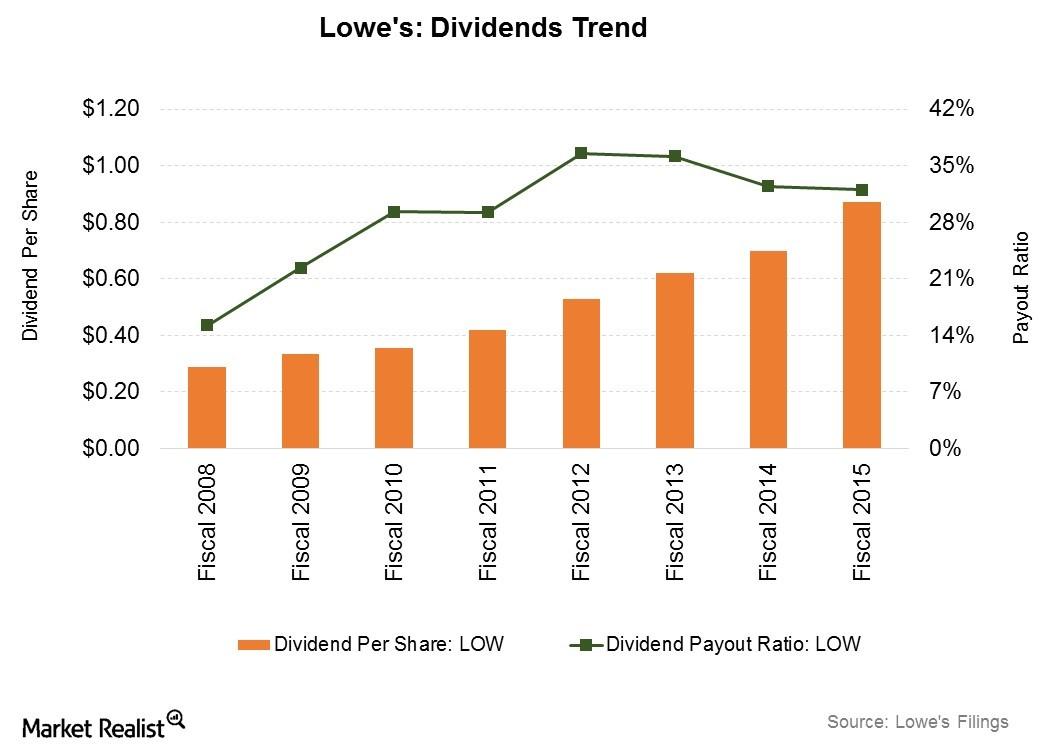 How Lowe’s stacks up against rivals

Lowe’s was ranked the 18th largest retailer globally in the National Retail Federation’s 2014 rankings. The company has a market cap of $64.5 billion[2. As on January 22, 2016] and is part of the Fortune 50, according to 2015 company rankings. Rival Home Depot (HD), Lowe’s staunchest competitor, and the world leader in the home improvement retail business, is ranked 33.

Both Home Depot and Lowe’s are part of the holdings in the SPDR S&P Homebuilders ETF (XHB), together making up 9.6% of XHB’s portfolio.

Lowe’s is a dividend aristocrat (SDY), having raised its dividend each year since 1961. The company has posted total annualized returns of 25.2% over the past five years compared to 16.1% for the S&P 500 Consumer Discretionary Sector Index (XLY) (FXD) (VCR).