From fiscal 4Q14 to fiscal 4Q15, the revenues for Halliburton Company’s (HAL) D&E (drilling and evaluation) segment declined by 32%. The D&E segment’s operating income decreased by 16% in fiscal 4Q15 over fiscal 4Q14, primarily due to the decreased drilling activity and logging services in the US, Latin America, and the Europe, Africa, and CIS regions. There were also project delays in the Middle East and Asia. Halliburton makes up 12.7% of the VanEck Vectors Oil Services ETF (OIH). 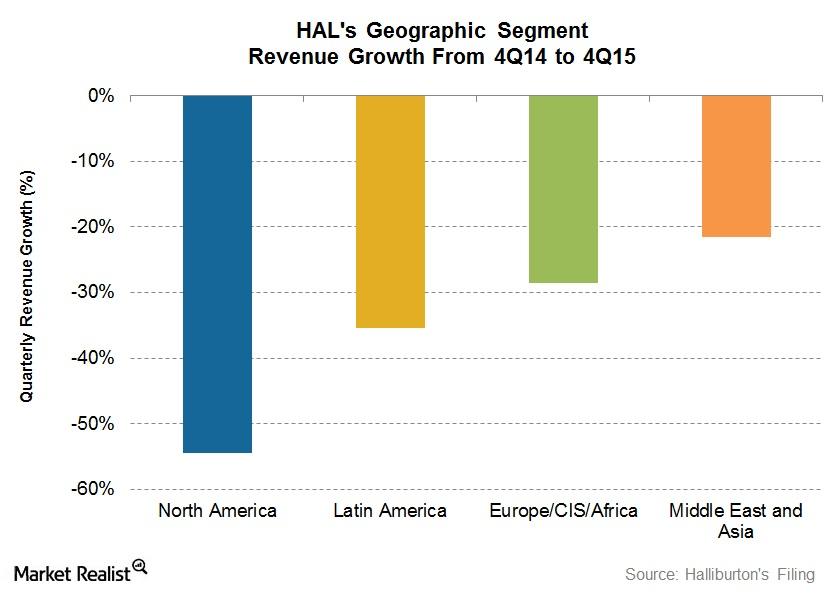 Halliburton’s Chairman and Chief Executive Officer, Dave Lesar, expressed caution about the challenges lying ahead for the company in fiscal 2016, although he also expects strong growth opportunities for Halliburton.

In the fiscal 4Q15 press release, Lesar said that “2016 is expected to be another challenging year for the industry” but that the company believes its “customers will remain focused on cost per barrel optimization and gaining higher levels of efficiency, both of which bode very well for Halliburton.”