Gold and silver future prices for April and March expiration, respectively, rose by 1.4% and 2.2% on Tuesday, January 26, before the FOMC (Federal Reserve Open Market Committee) gave its verdict on the key interest rate yesterday. The overall market sentiment favored the rise of precious metals as a result of the safe-haven calls that began when the equity markets started struggling. 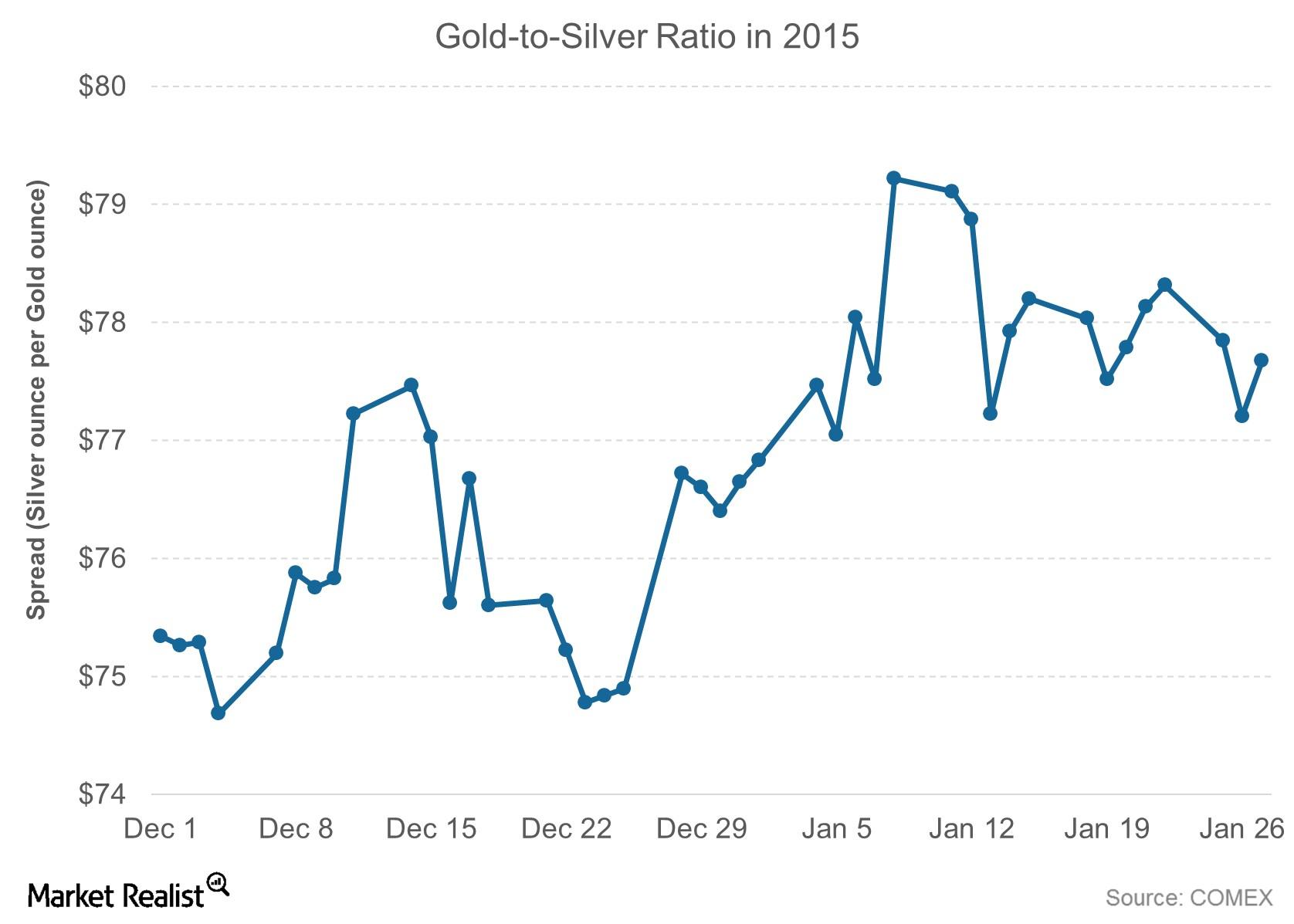 Over the last month, gold and silver have risen by 4.8% and 4%, respectively. The rise of these metals has gone hand-in-hand with the rise of the US dollar. The US Dollar Index (DXY), which measures the US dollar against six major world currencies, has also risen by about 1.2% over the past month. The safe-haven calls have also been reflected in the dollar, as it is a currency often chosen during times of uncertainty.

The above chart shows that silver gained strength compared to gold in December 2015, as the gold-silver ratio fell to approximately 75 following the FOMC’s mid-December meeting. The rise of interest rates in December weighed on gold, which also pulled the spread lower.

The Global X Silver Miners ETF (SIL) and the SPDR Metals and Mining ETF (XME) have fallen by 6.4% and 14.5%, respectively, since the beginning of the year. Mining-based equities like Pan American Silver Corporation (PAAS), Silver Wheaton Corporation (SLW), and Yamana Gold (AUY) have risen by 14%, 6.9%, and 12.9%, respectively, on a trailing-five-day basis. These three stocks make up 10.5% of the VanEck Vectors Gold Miners ETF (GDX).