A bearish base metals sector

Freeport-McMoRan (FCX), one of the largest copper producers in the world, has fallen more than 70% since the beginning of 2015. The bearishness in the entire base metals sector pushed Freeport’s prices down to multiyear lows. 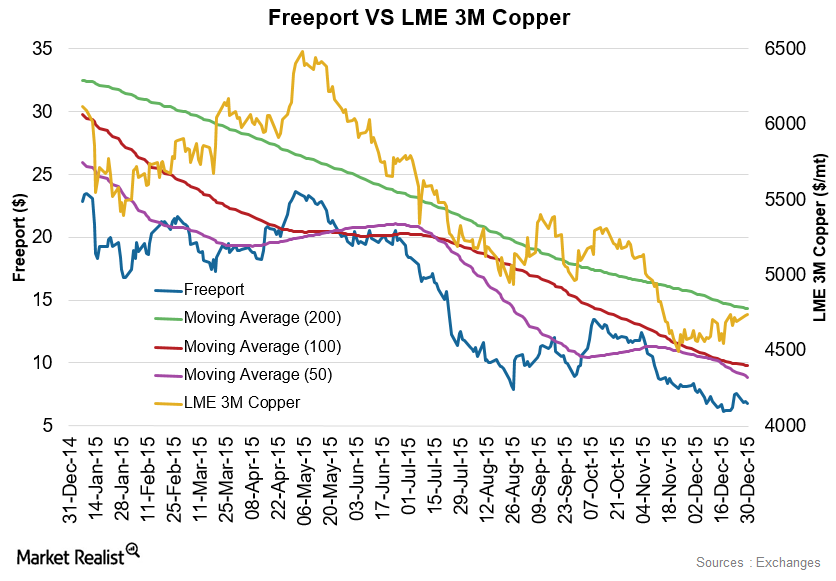