Freeport-McMoRan (FCX) released its 4Q15 earnings on January 26, 2016, before the markets opened. The company reported an adjusted loss per share of $0.02 against the consensus estimate of a per-share loss of $0.11.

The chart below shows the trend in Freeport’s actual versus consensus EPS (earnings per share). The company has managed to beat the earnings in two of the last four quarters. 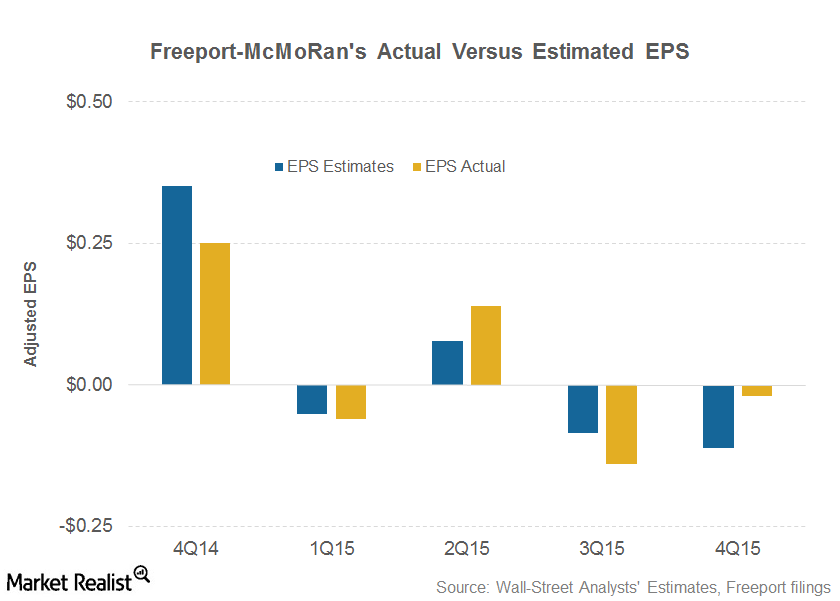 With the 4Q15 write-off, Freeport-McMoRan took a write-off of $12.1 billion in fiscal 2015. For investors, the write-off shouldn’t be a concern as the damage to investor wealth was already done. The write-off is merely the accounting adjustment for the company’s failed energy adventure.

Freeport-McMoRan’s 4Q15 earnings attracted a lot of investor interest as the company is fighting for its survival amid the falling commodity price scenario. Freeport’s 4Q15 earnings call answered a lot of questions for investors and analysts.

In this series, we’ll explore Freeport-McMoRan’s 4Q15 earnings in detail. We will also see whether the company was able to address key investor concerns in its earnings conference call.