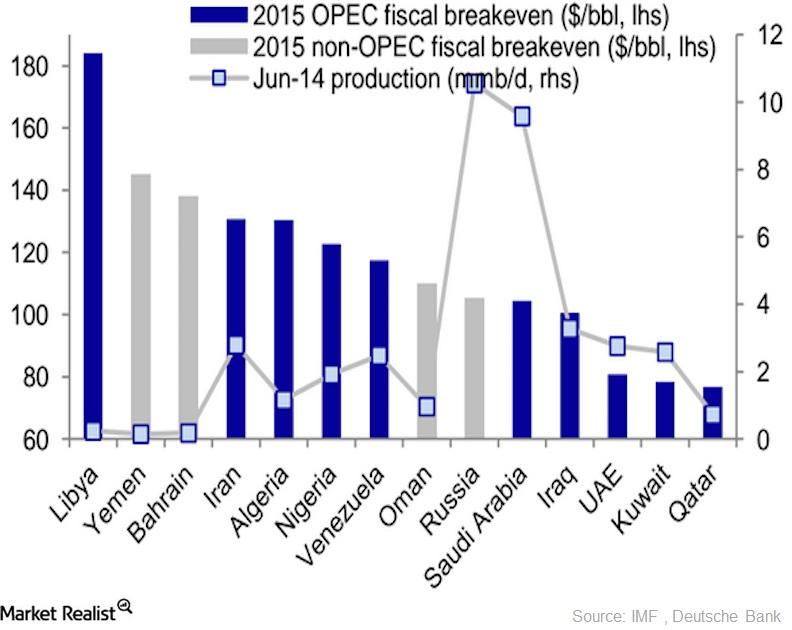 Since crude oil will likely stay at the current levels for the next few years, OPEC countries will face serious leadership challenges in the future. Lower crude oil prices are a direct loss for crude oil exporters. Oil exports account for a significant portion of OPEC members’ GDP (gross domestic product). Countries like Libya and Algeria faced a high fiscal deficit in 2015. Libya’s fiscal break-even cost is above $180 per barrel. Higher volumes are the only way to drive the revenue at lower energy prices. This can lead to lower crude oil prices. All of this means a more divided OPEC. It could signal plenty of oil in the future.

The above chart shows the fiscal break-even costs for prominent OPEC nations and other top producers.