The Fidelity Blue Chip Growth Fund (FBGRX) invests “at least 80% of assets in blue chip companies (companies whose stock is included in the S&P 500 or the Dow Jones Industrial Average, and companies with market capitalizations of at least $1 billion if not included in either index).” The fund manager also invests in companies he believes to have above-average growth potential.

To select securities for the portfolio, the fund manager uses fundamental analysis, which includes factors like the financial condition and industry position of each issuer, along with looking at economic and market conditions. 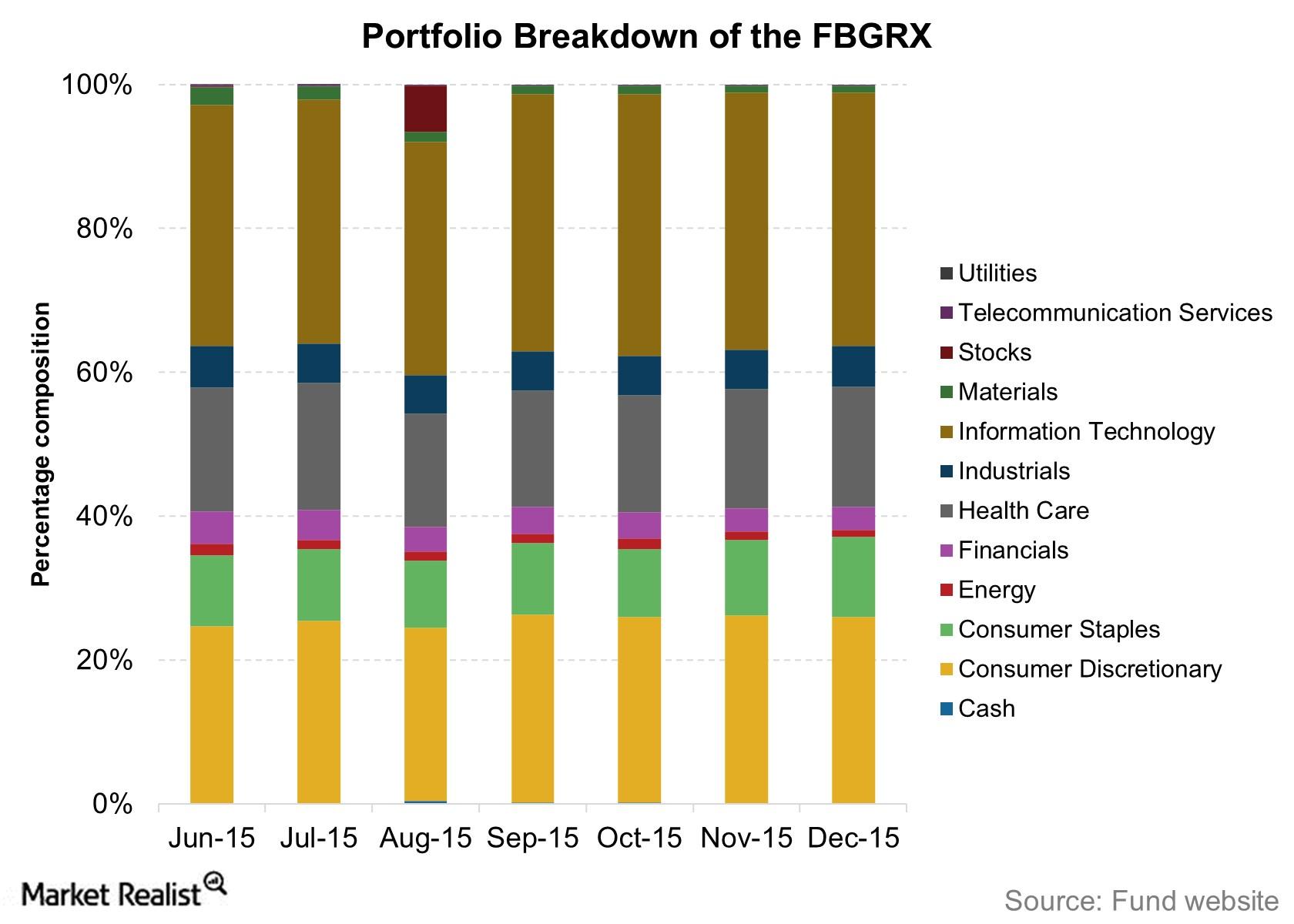 The fund’s assets were invested across 385 holdings as of December 2015, and it was managing assets worth $21.0 billion as of the end of December. As of November, the fund’s equity holdings included Salesforce (CRM), Gilead Sciences (GILD), Visa (V), MasterCard (MA), and Analog Devices (ADI), comprising a combined 8.0% of the fund’s portfolio.

For this analysis, we will be considering holdings as of November 2015, as that is the latest available sectoral breakdown with us. The holdings after November reflect the valuation-driven changes to the portfolio, not the actual holding.

Of the ten major sector classifications, the FBGRX is invested in all but the utilities sector, which it exited sometime in August 2015. FBGRX has the most exposure to the information technology sector, accounting for over a third of its assets. Together with holdings from the consumer discretionary sector, the information technology sector forms over 60% of the portfolio. Healthcare is a distant third, forming a little over 17% of the portfolio while the consumer staples sector barely forms a tenth of the fund.

Exposure to the top two sectors of the fund has increased over the past year. Exposure to staples had fallen in the middle of the year, but picked up in the last two months. Meanwhile, materials and industrials have become out of favor with fund management over the course of 2015.

One thing to note about the fund is that except a few stocks that have consistently featured in certain sectors, there is a high rate of churn.

How has the fund’s composition impacted its performance in 2015 and what can it be attributed to? Let’s look at that in the next article.