In 3Q15, Newfield Exploration (NFX) reported cash flow from operations (or CFO) of ~$312 million. This was 7.4% lower than its CFO in 3Q14. The drop was mainly due to lower revenues. 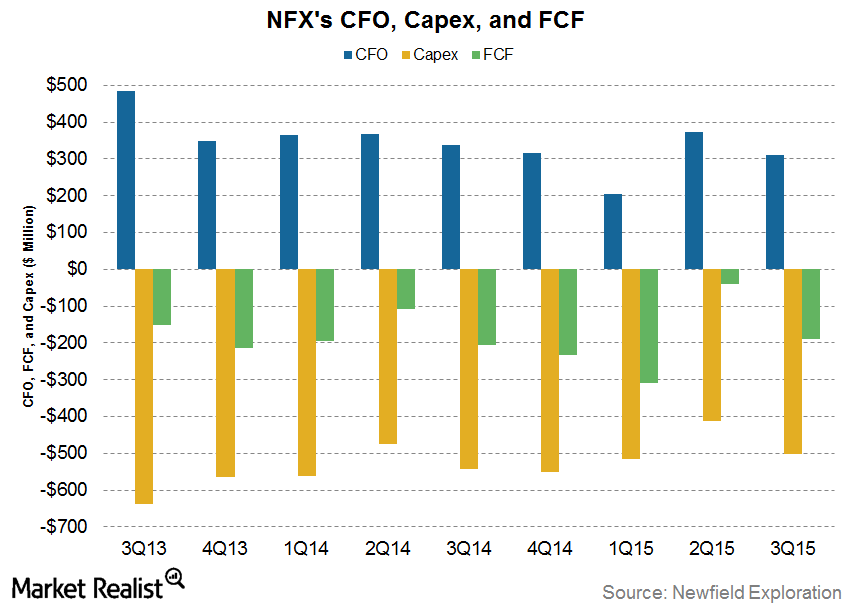 NFX’s FCF (free cash flow) has remained negative in the past nine quarters, as can be seen in the above graph. NFX’s FCF was -$189 million in 3Q15.

During its 3Q15 earnings conference call, NFX said that it would announce its 2016 capex budget in February 2016. NFX provided a preliminary guidance of $900 million for its 2016 maintenance capex. It expects approximately $800 million of this amount to be associated with drilling and completions expenses. It expects the remainder to be used for infrastructure, leasehold, and land renewals.