In its World Oil Outlook, OPEC (Organization of the Petroleum Exporting Countries) estimated that global crude oil demand will grow by 6.1 MMbpd (million barrels per day) between 2014 and 2020. This represents crude oil demand to grow from 91.3 MMbpd in 2014 to 97.4 MMbpd in 2020. 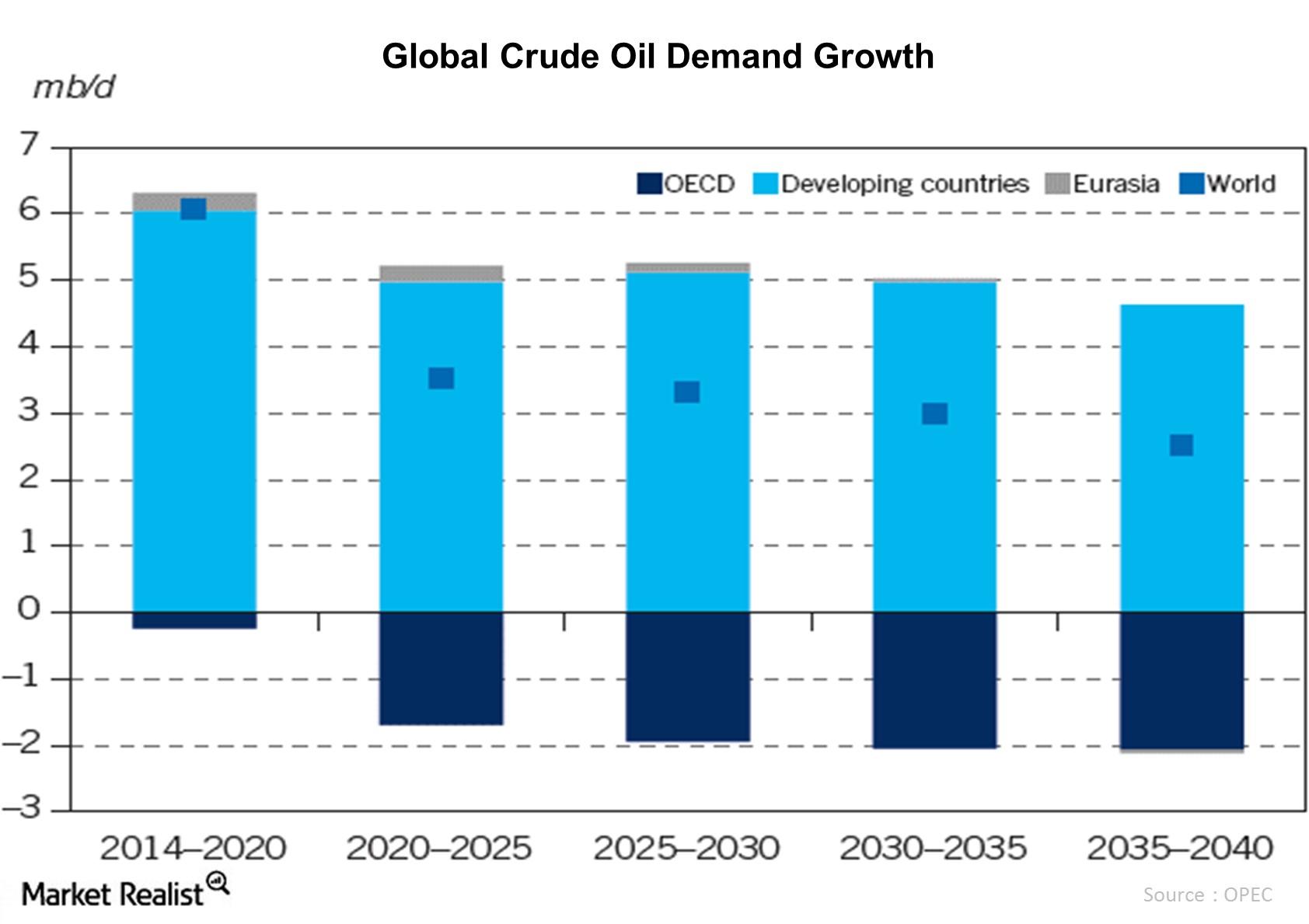 Why will crude oil demand decline after 2020?

According to OPEC forecasts, on a yearly basis, global crude oil demand growth will gradually decline by 1 MMbpd on average from 2014–2035 to around 0.5 MMbpd each year from 2035–2040.

The decline in demand for crude oil is due to lower economic growth. According to OPEC estimates, the world’s GDP (gross domestic product) growth will decline from 3.6 in 2014–2020 to 3.3 in 2030–2040. China and India account for more than half of the GDP growth rate. China is concentrating more on developing its shale gas resources, which will certainly pull back crude oil demand in China and result in a lower growth rate of crude oil demand.

Other things that will pull back the crude oil demand growth rate in the long term are the following: