In the previous part of this series, we learned about the AT&T (T) DIRECTV (DTV) merger in July 2015. We also learned about the significant subscriber base in the US (SPY) pay-TV space the DIRECTV transaction brought to AT&T. According to the telecom company, the acquisition is expected to provide significant cost synergies to the merged entity. 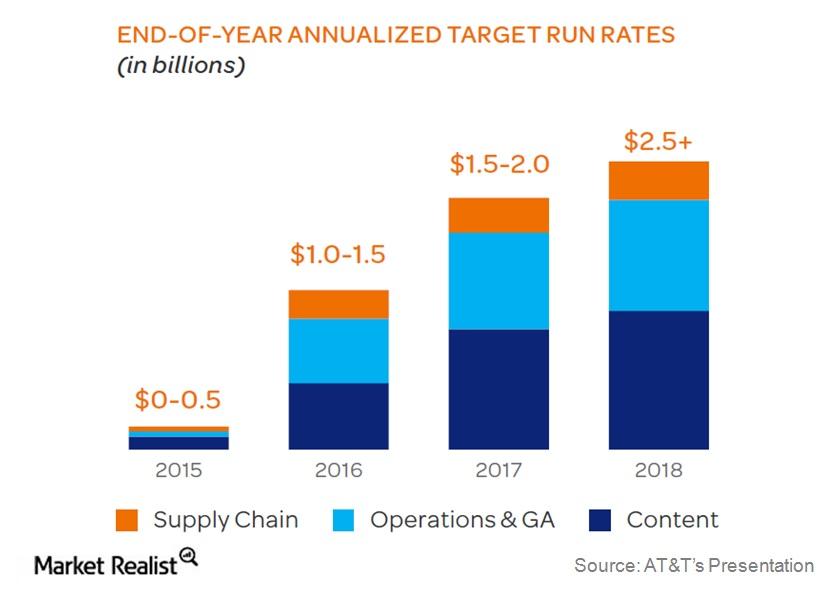 According to AT&T, the DIRECTV merger is expected to help bring down costs associated with operations and general administration, supply chain, and content acquisition. A larger pay-TV base should give AT&T more bargaining power with media networks in terms of negotiations for content costs with these networks.

You may consider the iShares Core S&P 500 ETF (IVV) for a diversified exposure to select telecom companies in the US. IVV held a total of ~2.3% in AT&T (T), Verizon (VZ), CenturyLink (CTL), Frontier Communications (FTR), and Level 3 Communications (LVLT) at the end of November 2015.