For 3Q15, CONSOL Energy’s (CNX) total operating revenue was ~$814 million, or ~8%, lower when compared with 3Q14. The lower operating revenue in 3Q15 was the direct result of lower realized prices for natural gas and coal production. In 3Q15, CNX reported an OCF (operating cash flow) of ~$110 million, which was ~62% lower than its OCF of ~$293 million in 3Q14. The drop was due to the lower revenues reported. 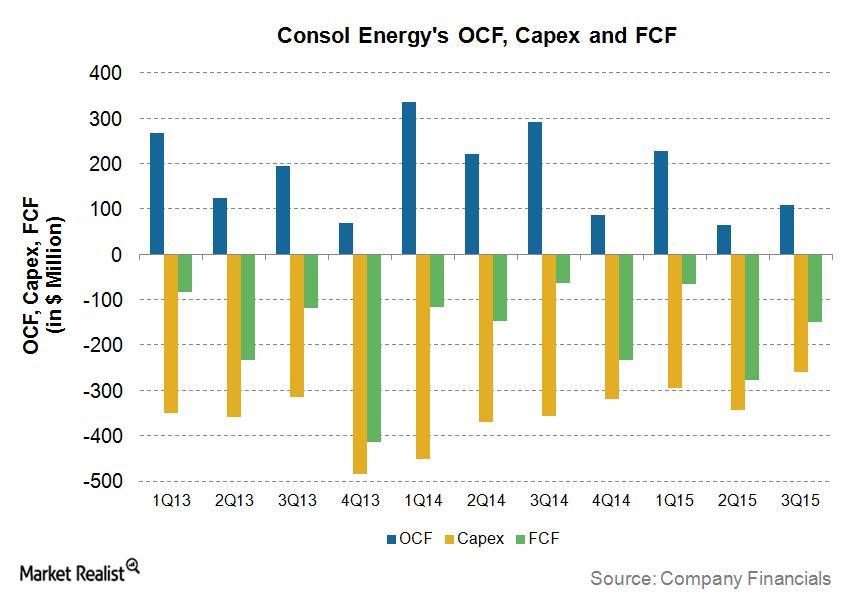 FCF helps a company to enhance shareholder value, and can be used to pay dividends, buy back stock, or repay debt. FCF is calculated by subtracting capital expenditure, or capex, from OCF.