Production guidance for 4Q15 and fiscal 2015 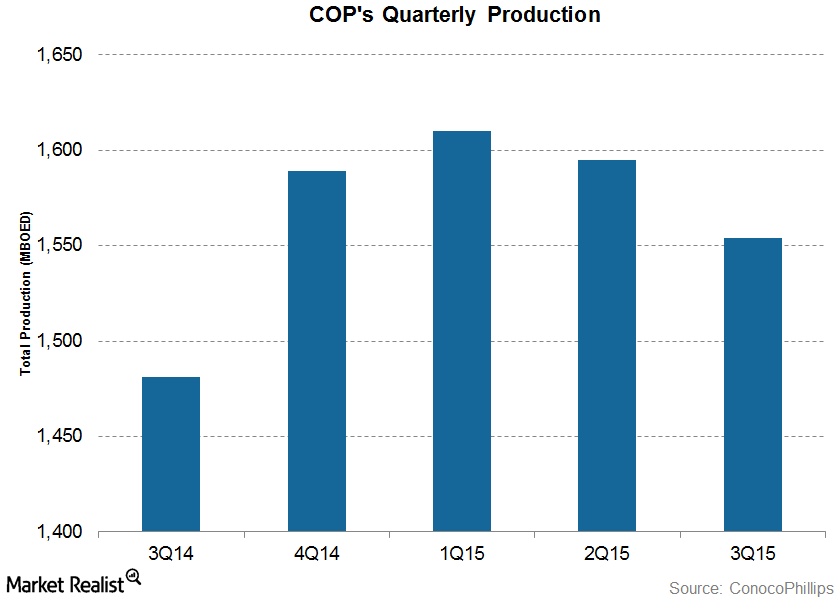 Additionally, in July, ConocoPhillips announced that it would be exiting deepwater exploration for further capital flexibility. Deepwater drilling is usually considered to be high risk-high reward due to its high cost.

ConocoPhillips noted in its 2015 analyst day meeting that it has been able to reduce its drilling and completion cost per well in the Eagle Ford by 30% while increasing ultimate recovery per well by 30% between 2013 and 2015. The company also noted that since 2011, it has dropped its well costs and drilling costs in the Bakken by 40% and its unit completion costs by 50%. Marathon Oil (MRO) is among top operators in the Eagle Ford. Top Bakken operators include Whiting Petroleum (WLL) and Hess (HES). These companies combined make up ~6% of the Vanguard Energy ETF (VDE).