On Thursday, January 7, 2016, China’s Shanghai Composite Index fell more than 7%. As a result, trading was halted for the day. It was the second trading halt this week. Poor economic data suggested contraction in economic activity in China (MCHI). As the economic slowdown in the world’s largest economy became clearer to investors, the global market tumbled as investors became nervous about their investments. 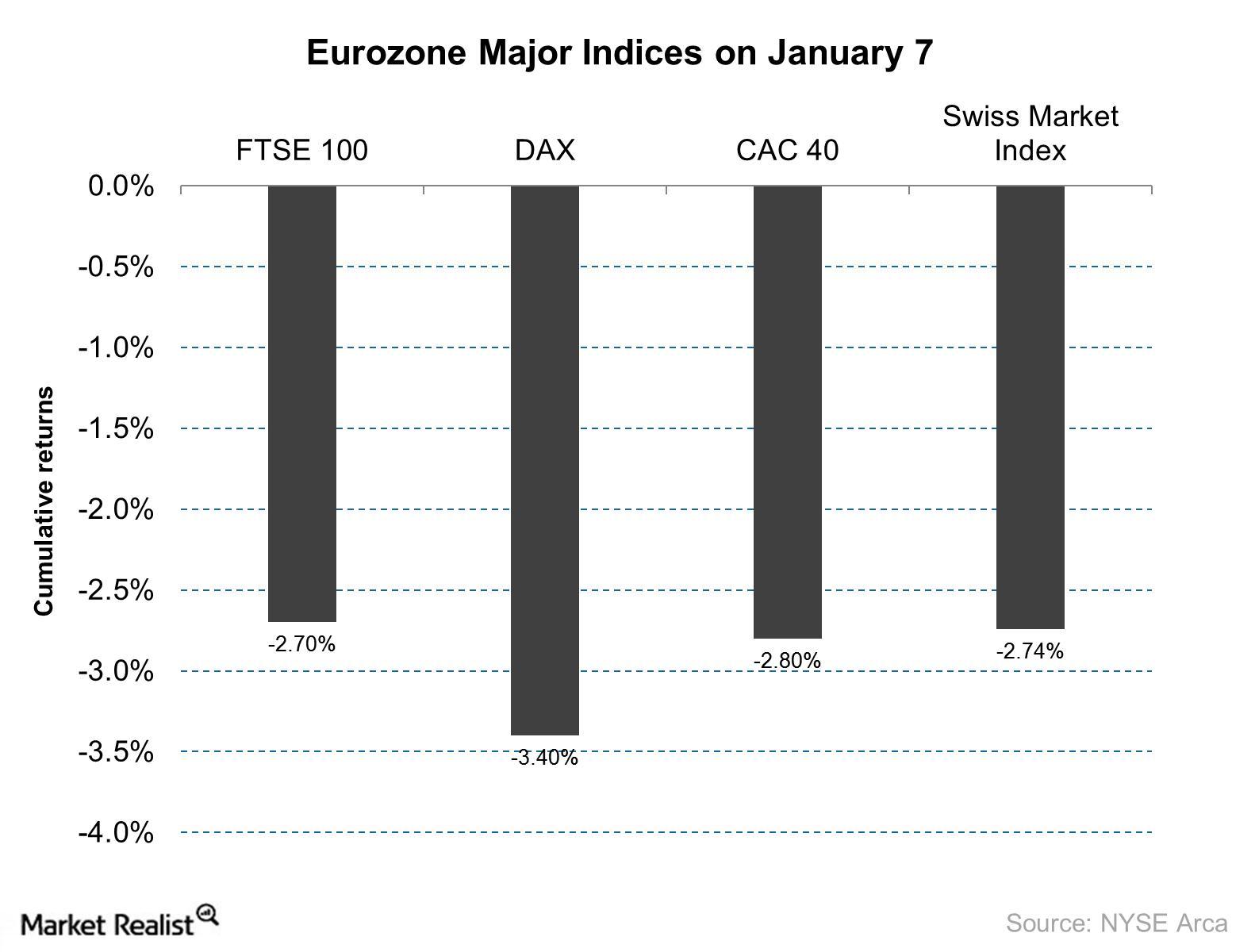 As we discussed previously, growing conflict between the Middle East’s major oil exporters created a supply glut in the world market. China’s slowdown spurred the downward movement of crude oil.

Major indexes of the Eurozone

The major indexes of the Eurozone opened in the red in Thursday’s early trading and continued to trade in the negative zone. The returns of these indexes as of 9:00 AM EST on January 7, 2016, are as follows:

In the next part of this series, we’ll look at FEZ’s various industries and how they performed on January 6, 2016.