Financial leverage is the degree to which a company uses debt in proportion to equity to fund its growth. Arch Coal expanded its presence across the United States through mergers and acquisitions. In order to diversify its portfolio of mines, Arch Coal made a series of mergers and acquisitions in the Western and Eastern parts of the country. This helped the company bring variety to its customer base. 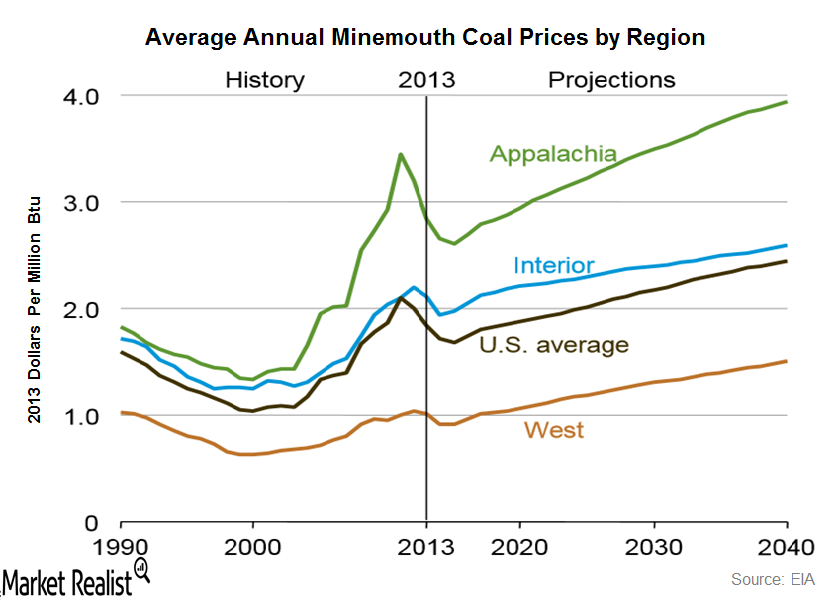 Most of these acquisitions were part equity and part debt funded. Only a few coal companies (KOL), including Cloud Peak Energy (CLD) and Alliance Resource Partners (ARLP), refrained from acquiring leveraged coal assets.

Arch Coal completed the acquisition of International Coal Group on June 15, 2011. It financed its acquisition by selling 48.7 million shares of common stock and issuing $2.0 billion in aggregate principal amount of senior unsecured notes. Coal prices dropped soon after Arch Coal’s biggest acquisition. The demand for coal continued the downtrend due to oversupply in the global markets. Concerns regarding China’s growth also led to uncertainty in the future demand for coal.

As a result of its leveraged position, Arch Coal had a consolidated debt of more than $5 billion as of December 31, 2012, during challenging market conditions. The increase in interest expenses and a decrease in demand for coal ultimately led the company to file a Chapter 11 bankruptcy.

In the next part of this series, we’ll look at other major factors that led Arch Coal to file for bankruptcy.