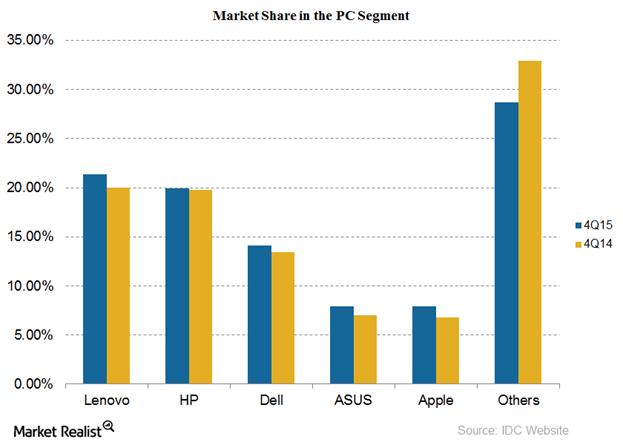 Loverde also said, “PC replacements should pick up again in 2016, particularly later in the year. Commercial adoption of Windows 10 is expected to accelerate, and consumer buying should also stabilize by the second half of the year. Most PC users have delayed an upgrade, but can only maintain this for so long before facing security and performance issues. We continue to believe that a majority of these users will purchase another PC, motivated by new products and attractive pricing.”