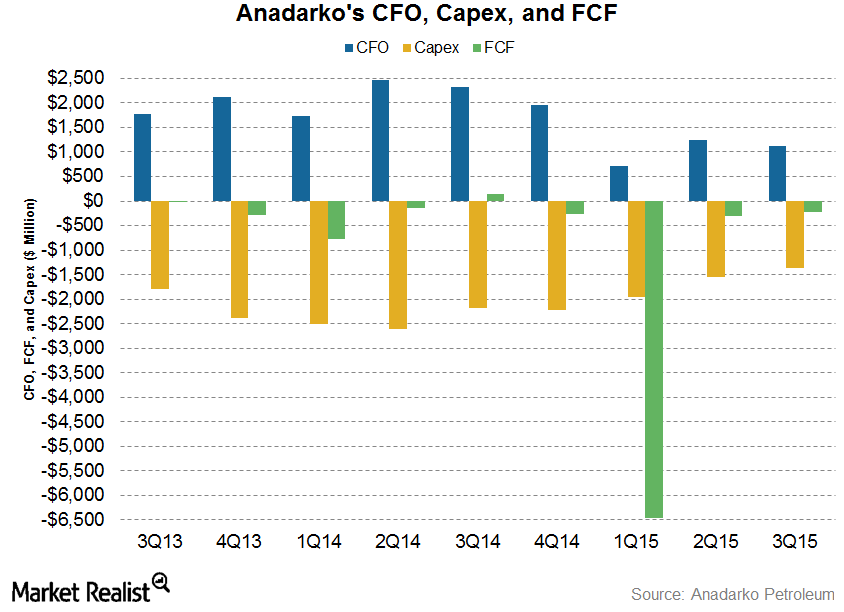 APC’s FCF (free cash flow) has mostly been negative in recent quarters, as can be seen in the above graph. APC’s FCF was -$233 million in 3Q15.

However, in 2015, APC saw reduced capex, leading to an improvement in its FCF. In its 3Q15 earnings conference call, APC said that it sees itself attaining positive FCF in 2016.

In its 3Q15 earnings conference, APC announced that it has yet to come up with a figure for its 2016 capex guidance, but it said, “Our program will be similar to our mindset in 2015, and that’s investing within our cash inflows.”