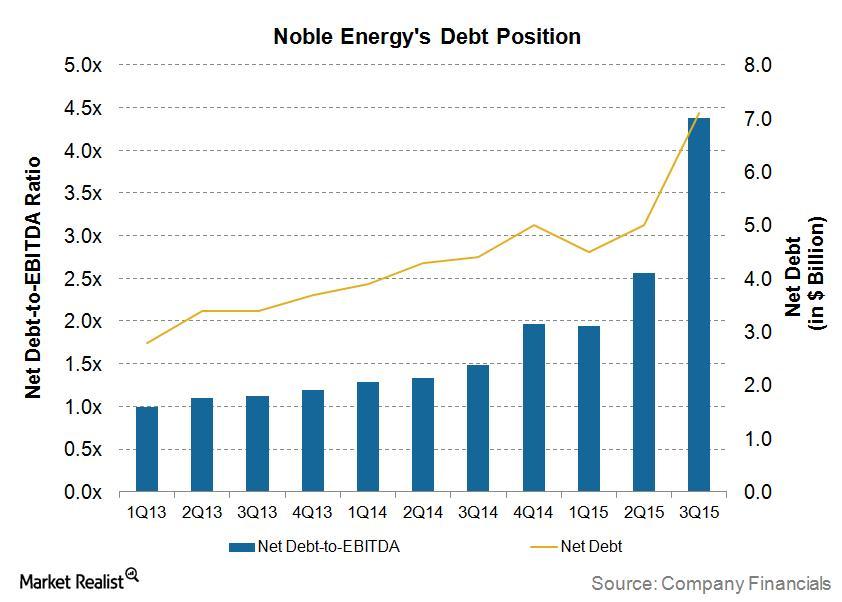 Net debt-to-EBITDA (earnings before interest, tax, depreciation, and amortization) is a debt ratio that shows how many years it would take for a company to pay back its debt under the current situation. As seen in the above chart, as of 3Q15, Noble Energy’s net debt-to-EBITDA is quite high, at ~4.4x. Even when compared with its own net debt-to-EBITDA historical average of ~1.5x, the current ratio is still high. The increase in the net debt-to-EBITDA ratio in the last two quarters can be attributed to a steep increase in net debt as well as falling EBITDA due to lower natural gas prices and crude oil prices.