In this article, we will analyze how Noble Corporation’s (NE) operating cash flows trended over the past few quarters. We will also discuss how its free cash flows (or FCF) were affected given its capital expenditures (capex). 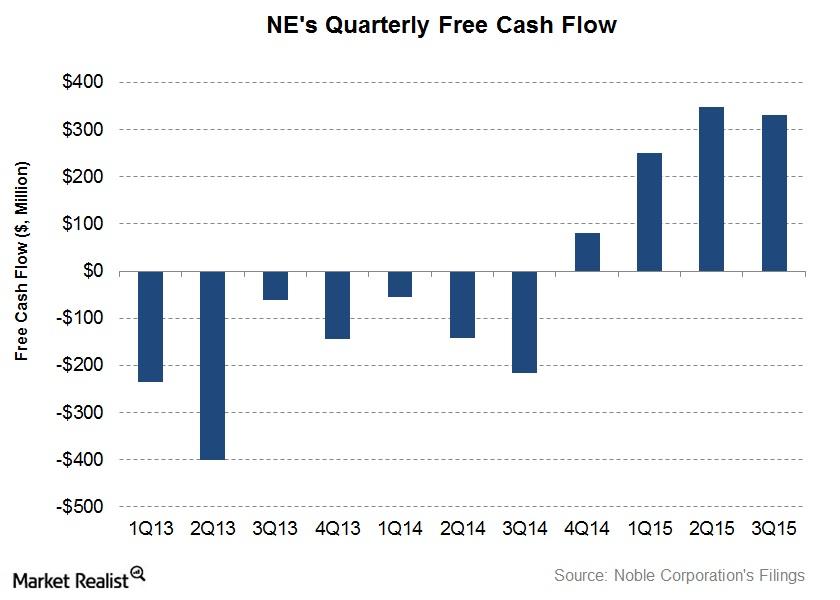 NE’s cash from operating activities (or CFO) increased 36% in fiscal 3Q15 over fiscal 3Q14. NE generated $484 million in CFO in fiscal 3Q15. Although NE’s revenues, adjusted for an arbitration award, declined in the past year, better cost management and working capital management led to higher CFO.

In the past 11 quarters, NE’s free cash flow had been negative until fiscal 3Q14. It managed to stay positive in the next four quarters until 3Q15. NE’s capital expenditure (or capex) was reduced by 73% in the past year until fiscal 3Q15. Higher CFO, coupled with lower capex, led to the company’s FCF improving significantly in the past year. In fiscal 3Q15, NE’s FCF was $331 million, compared to -$215 million a year ago.

Next, we will discuss NE’s historical valuation multiples.