Crude oil inventories are up

In its weekly Petroleum Status Report released on Wednesday, January 27, 2016, the EIA (U.S. Energy Information Administration) reported that US crude oil inventories rose by 8.4 MMbbls (million barrels) to settle at 494.9 MMbbls for the week ended January 22, 2016. Analysts were expecting a rise of 3.5 MMbbls for that week. The current crude oil inventory levels were 21.6% higher than during the same period last year. 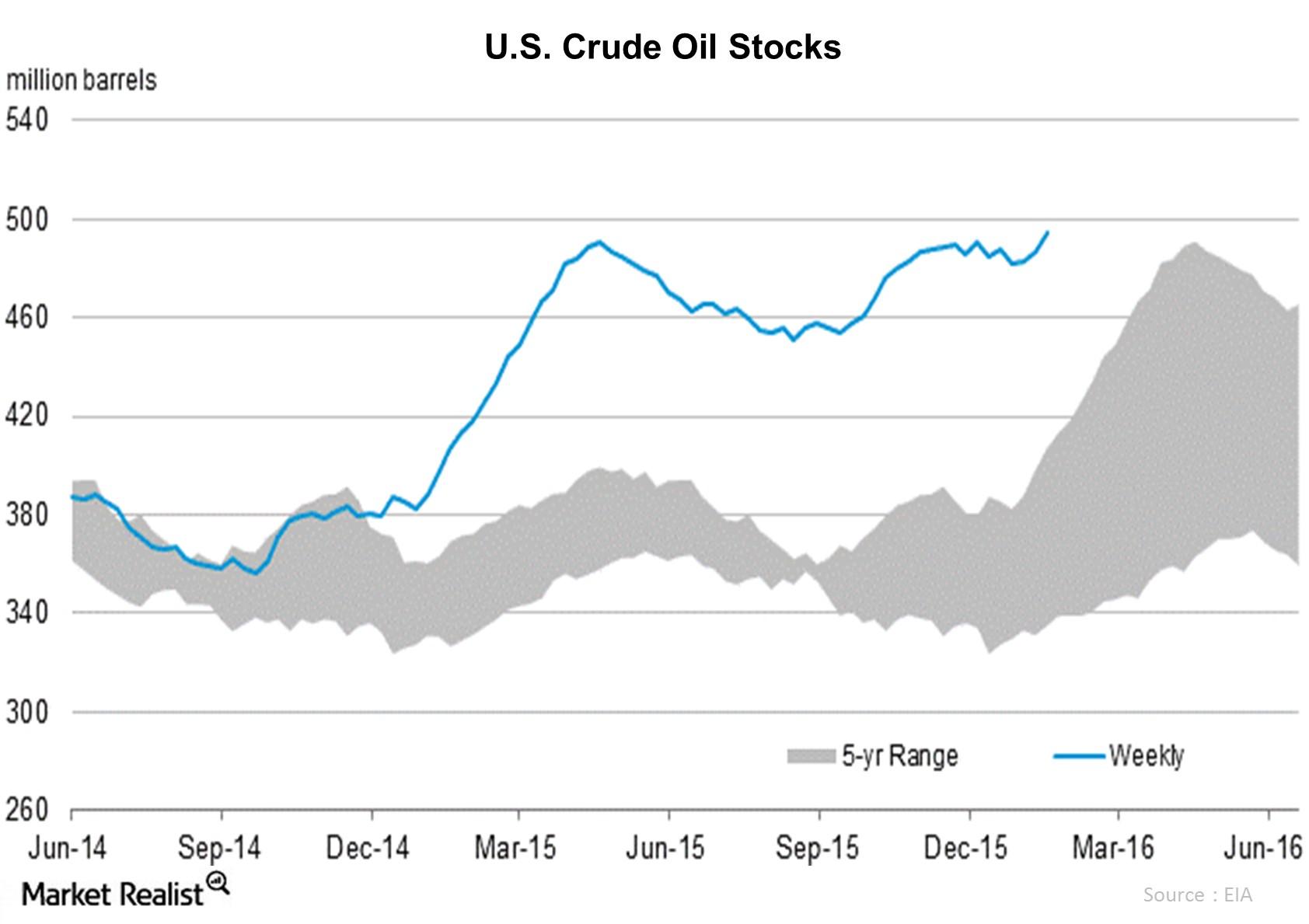 The impact of higher-than-expected rises in crude oil inventories

The EIA’s estimates and projections