The American Funds AMCAP Fund – Class A (AMCPX) “invests primarily in U.S. companies of any size with solid long-term growth records and the potential for good future growth.” Fund managers can invest in companies based outside the US, but they’ll do it to a restricted degree only.

Four fund managers are involved in the fund’s investment decisions. The overall portfolio is divided into distinct segments that are managed by individual managers. Managers use fundamental analysis, which includes meeting with company executives and employees, suppliers, customers, and competitors, to arrive at suitable securities for the portfolio. 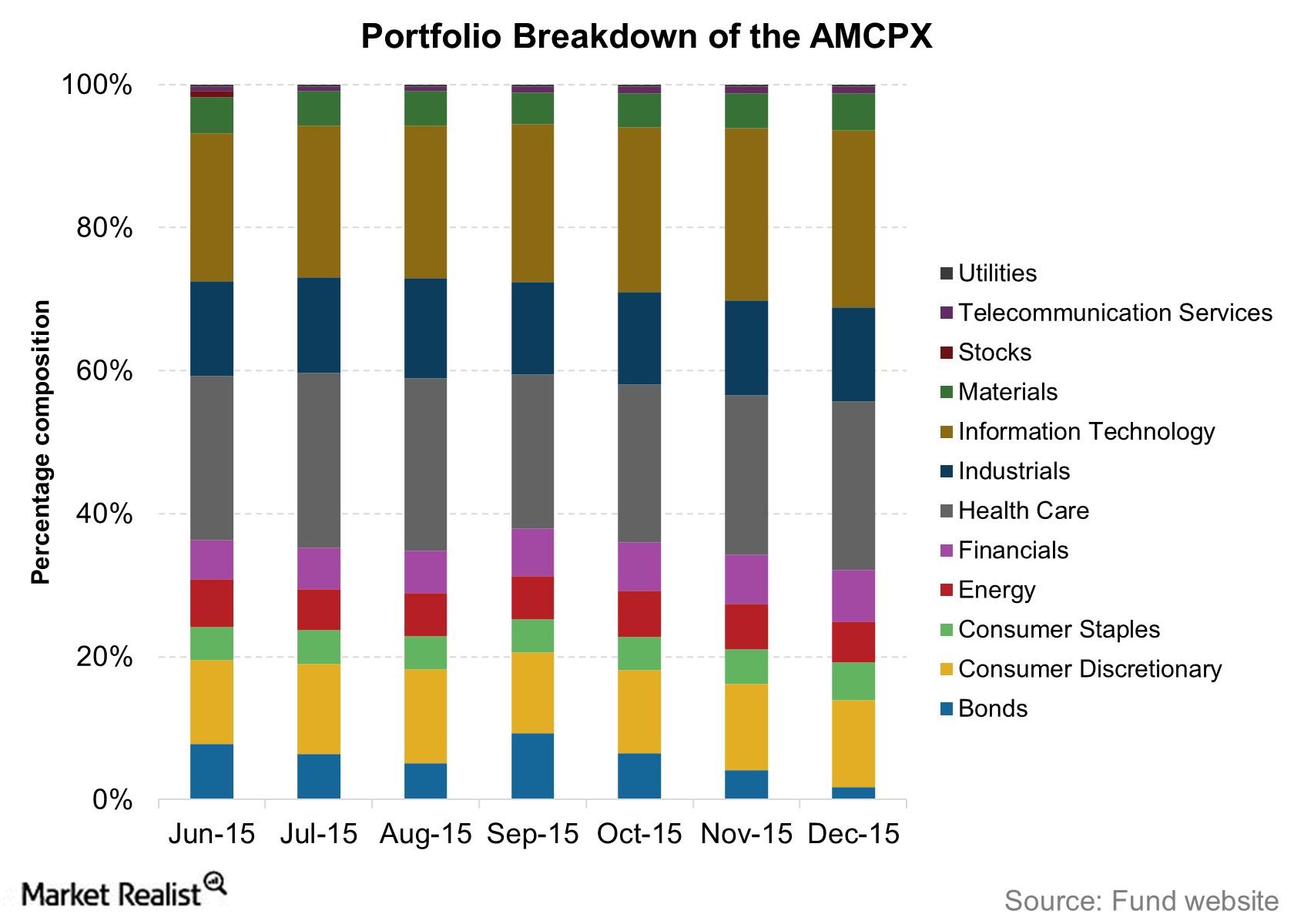 The fund’s assets were invested across 245 holdings (stocks, bonds, and cash) as of December 2015 and it was managing assets worth $46.5 billion as of the end of December. As of December, its top ten equity holdings included Amgen (AMGN), Alexion Pharmaceuticals (ALXN), Oracle (ORCL), Class A shares of Accenture (ACN), and Progressive (PGR). These stocks make up a combined 11.0% of the fund’s portfolio.

For this analysis, we will be considering holdings as of September 2015, as that is the latest available sectoral breakdown. The holdings after September reflect the valuation-driven changes to the portfolio, not the actual holding. Do keep in mind that the fund discloses portfolio holdings once a quarter.

The fund’s bond exposure came down as 2015 progressed. The exposure had stood in double digits as 2015 began and fell to low single digits as the year ended. This shows that fund managers deployed their bond holdings into stocks as the year unfolded.

Information technology and healthcare are the top two invested sectors by the fund. Along with industrials, they make up over half of the fund’s assets. Apart from these three, consumer discretionary is the only sector that forms over a fifth of the portfolio. On the lower end are telecom services and utilities, which together form 1% of the fund’s assets.

How has the fund’s composition impacted its performance in 2015 and what can this be attributed to? Let’s look at that in the next article.