Following NextEra Energy’s (NEE) 4Q15 earnings, Wall Street analysts have a one-year price target of $119 for the company against its current market price of $108 as of January 28, 2016. This comes to a possible upside of 10% in one year. 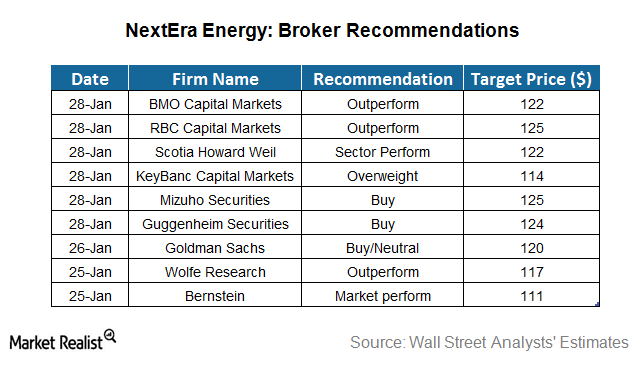 NEE management is aiming to achieve 6%–8% earnings growth in the next couple of years. NextEra Energy’s capital spending plan of $15 billion in the next five years focuses on grid modernization. Thus, it may improve its transmission efficiency. This modernization also makes a strong case for rate increases.

NEE’s major growth driver in 2015 was the growth of its regulatory capital. We may see continued investments from NEE into its service territories in 2016.