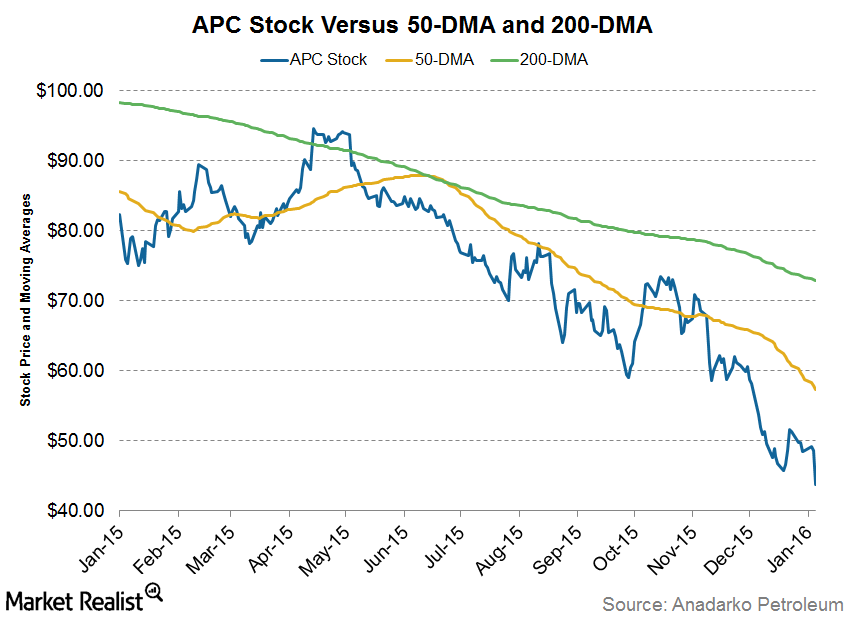 As crude oil prices rapidly started falling in 3Q15, so did Anadarko’s stock. Crude oil prices have fallen to their lowest levels since February 2009, falling below $40 per barrel. As of January 6, 2016, APC’s stock has fallen 42%, year-over-year.

A quick earnings review of APC

Anadarko Petroleum reported a 3Q15 adjusted net loss of $358 million. This compares to its adjusted net income of $600 million in 3Q14.

For a detailed overview of Marathon Oil, you can read Marathon Oil Is Falling: How Will It Battle Low Energy Prices?